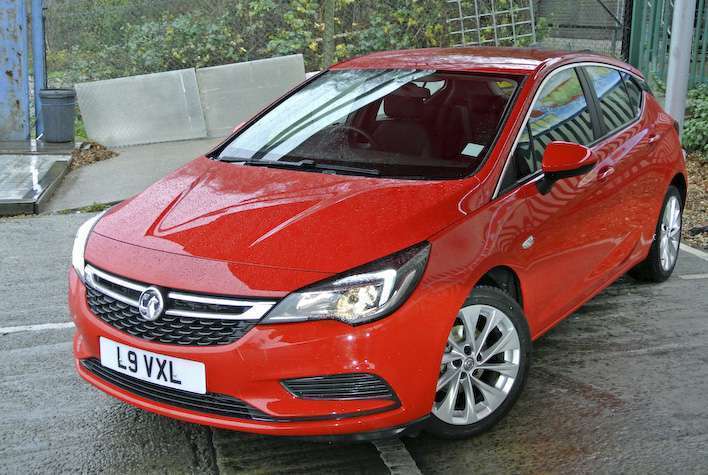 While it is not an understatement to suggest that new cars are ten-a-penny at the moment, writes Iain Robertson, only the latest compact Vauxhall can boast of being entirely new, and the company is winning from the outset

IN A corner of north-west England, on the south bank of the Manchester Ship Canal, an entire Cheshire town was developed to provide the workforce for a much-vaunted industrial heartland. Ellesmere Port, as it became known in the early 1800s, became home to Vauxhall Motors in 1962, with the opening of a parts manufacturing plant that became a car production facility, with the Viva model in 1964. 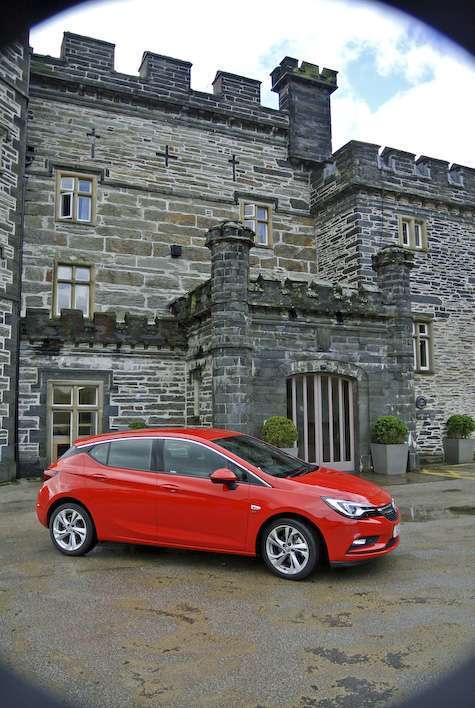 Seldom a better example of the oft-intoned North:South divide, its promised industrial growth never truly materialised; it was derided politically and commercially, although Vauxhall continued its fruitful nurturing over the years. Yet, Vauxhall itself has been subjected to all manner of issues, not least from within its parent company, General Motors (GM), the US-based automotive giant. Bandied around, sometimes like an unwanted toy, the fact that it became the home of the company’s Astra model, bolstered in 2015 with the firm winning the right to produce the latest model, warrants its status both as a solid employment base and also a major earner of vital exports for the UK economy.

Personally, I doff my cap in reverence at Vauxhall’s determination to win a contract that might have been awarded elsewhere in GM’s broader international domain. The company had to fight hard. It now has its reward. Rather than being reliant on foreign product tuned to suit the UK market, Vauxhall can now fly a flag confidently for all-British car manufacturing; the new Astra is designed by a Brit (Mark Adams) and produced by a dedicated and skilful British workforce, and that is the measure of true success. 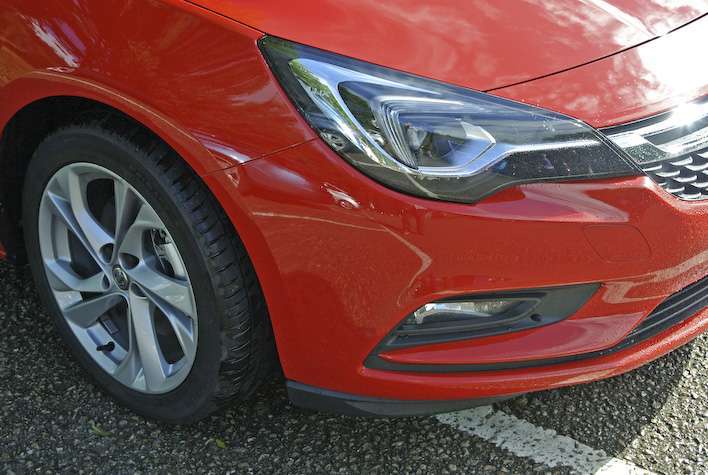 However, past Astras, built since the model’s inception in 1980, although vastly improved generation by six generations, while remaining popular, have always been beaten into submission by the equivalent Ford (formerly the Escort and latterly the Focus). Vauxhall has staked Astra’s claim as the ‘retail choice’, but it possesses thin value in a market predominated by company cars. Yet, that situation is changing radically.

Ford no longer produces cars, or vans for that matter, in the UK. However, the conservative fleet sector still harbours a preference for British-built product, which is a key reason behind much of the success of Honda, Toyota and Nissan in recent years. Vauxhall’s van (at Luton) and car (Ellesmere Port) production strength now gives it a significantly enhanced relevance. The Vivaro van is a defined winner already. The Astra line-up serves only to whisk Vauxhall into pole position, a status it deserves in all respects. 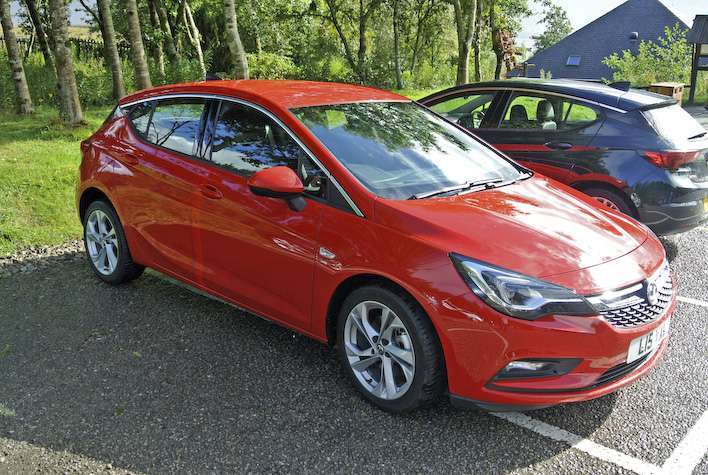 As much of the new model’s chassis development was carried out on British roads, a substantial amount of which was on the stunning but challenging routes of North Wales, that area became my base for the new model test. I should highlight firstly that there is the customary, comprehensive line-up of new Astras, from base to Elite, in a range that has been augmented by a stunning estate car that, much like its forebear, boasts a 100-litres greater boot capacity than the larger Insignia model. The popular Sri remains, and a VXR sports model will be factored in imminently.

Yet, I am not concentrating on individual models, despite having driven both SRi and Elite trim levels. Instead, my focus is on the two, new engines that form the bulk of Astra sales: a 1.4-litre 147bhp turbocharged petrol unit and a 1.6-litre 133bhp turbo-diesel. They are important, because they are in the middle of the line-up. However, my first drive in the petrol variant took place at night-time. Although priced as a nominal £900 option, the IntelliLux LED Matrix headlights are a masterful development in both safety and comfort terms. On a mix of town, country and main roads, I revelled in the way that the 16 elements (eight per side) illuminated areas that might be termed ‘black holes’ created by conventional vehicle headlights.

Despite misgivings that they might cause accidental glare, or even confusion, it was pure sorcery that, even though the full-beam, blue warning lamp was showing on the instrument panel, at no time did I receive an incendiary chiding from oncoming motorists. Even more remarkable was the manner by which the sides of the road were illuminated brightly, while the approaching rear-ends of vehicles received little more than a gentle wash of light, which seemed to alter in intensity as the top-of-windscreen camera reacted to the given situations. Incidentally, they react to speed instantly and disarmingly and, when the road ahead is clear, they turn night into day and also aid immeasurably, by ‘bending’ around corners, when negotiating winding country lanes.

The forward-facing camera also links with the sat-nav system to provide continual updates, including speed restrictions, the distance from vehicles ahead, as well as the lane departure warning and collision mitigation autonomous braking. Using sensors located around the car, blind spots are eradicated and the park assist facility can also be activated, along with a rear-facing camera (useful for safer reversing, when specified). While there is no doubt about the safety enhancements prevalent on the new Astra, comfort has certainly not taken a back seat and even though ‘warnings’ may be proffered by the car, they remain visible but subtle. 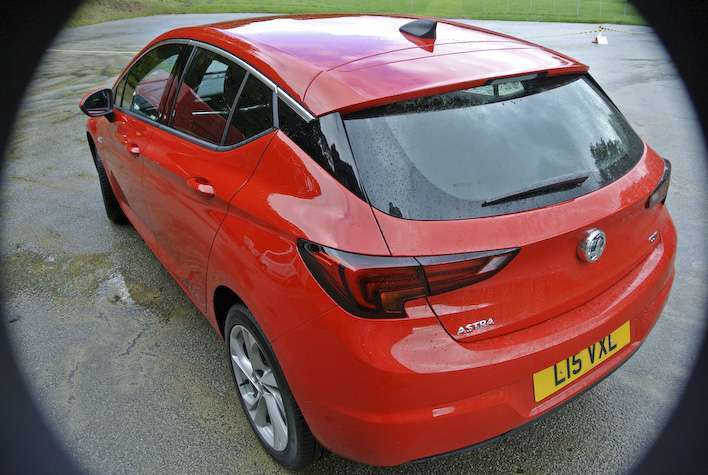 Useful comfort addenda include optional heated seats, not just for the front but also the rear of the car (a ‘first’ in the class), while a premium seat option can also offer cooling, as well as a massage function, again non-intrusive but welcome all the same. Yet, perhaps the greatest single benefit provided to new Astra owners lies in the significantly reduced weight and dimensions of the car, despite a wealth of new equipment.

Slashed by upwards of 200kgs –made up by judicious finite analysis of the car’s body and the components attached to it, all without compromising inherent strength and resulting in tremendous structural rigidity – this is the first Astra and the first Vauxhall that can be said truly to ‘corner, as if on rails’, to ‘ride both safely and comfortably’, while also ‘steering with surgical precision’. I have driven supercars that provide less valid feedback to the driver. 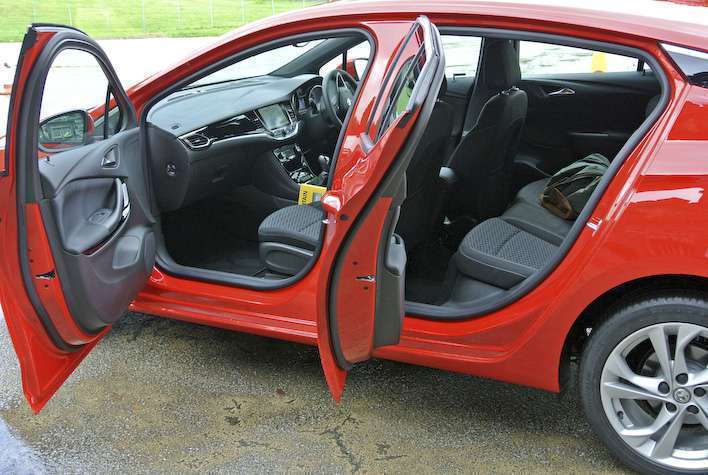 In fact, most notably after driving the new Astra on the wondrous roads of Snowdonia, complete with their off-camber bends, severe short and long amplitude undulations, ‘yumps’ and severely broken surfaces that provide a 150-mile microcosm of every surface abnormality known to man, I can declare the car as providing the ultimate example of an outstanding ride and handling compromise. The new Astra is markedly better than the former standard-bearer, the Ford Focus, and it shows in a fantastic display of prodigious grip, even on streaming wet surfaces, while it revels in the dry, and provides a quietly warming satisfaction in the overall relaxed driving experience, which serves to underscore its high safety quotient. The new Astra is mightily impressive.

Having mentioned the two new engines earlier, I should highlight that both are sterling performers. At no point will owners actually need much more potency, unless indulging in the occasional track day. The 1.4-litre turbo-petrol delivers a decent 180lbs ft of pulling power, which will make towing an easy activity, while its on-road progress is no less than sparkling. In fact, it was immense fun to dip into its range of capabilities and even making it work for its living, by hanging on to 6th gear on inclines, revealed no nasties. The turbo-diesel variant manages an even more impressive 236lbs ft of torque, which means that apart from a slightly lower rev-range, there are negligible on-road performance differences between the fuel types. The petrol is slightly the quicker (top speed: 134mph vs 127mph; 0-60mph: 7.8 secs to 9.0 secs) but returns an Official Combined fuel figure of 51.4mpg (on test: 41.3mpg) against 76.3mpg (on test: 51.8mpg). The respective CO2 readings are 128g/km vs. 99g/km. Individual tax demands will formulate the final choice. In addition, the all-new manual gearbox provides the slickest of shifts. 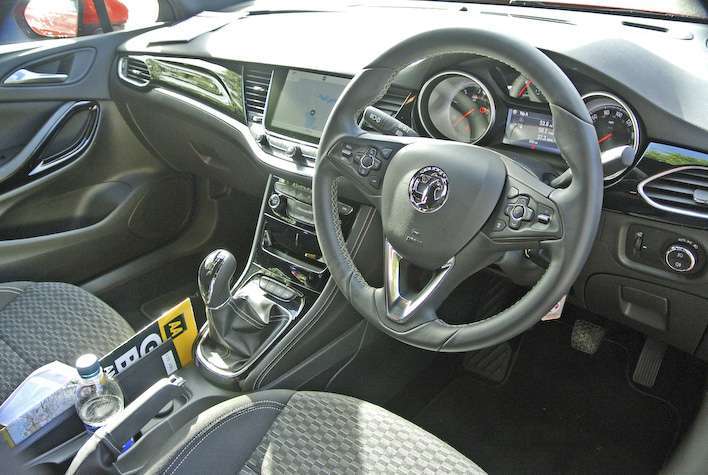 Having described the key aspects of the new Astra, it is worth highlighting the cabin comfort and the excellent seats and multi-adjustable driving position. Despite the smaller exterior dimensions, the new car is actually more spacious internally. The leather seats (Elite) are comfortable and very supportive, while the sportily bolstered cloth seats (SRi) are equally impressive. The new dashboard architecture is markedly less heavy-handed than in Astras past. A delightful swathe of soft-touch mouldings clads all upper surfaces, while the careful insertion of differently finished trim fillets add both class and tactility. The all-new centre console is now split into three distinctive control surfaces, at the top of which is the ‘infinity’-screen for the sat-nav and information, while the in-car entertainment is sited just below, with heating and ventilation controls just ahead of the gearstick. Drive-specific functions are on minor switches.

As is typical, a raft of new alloy wheels and tyre combinations is available (some of which will affect the CO2 ratings) for personalisation purposes. The full engine range, all of which is turbocharged, will start with a 1.0-litre 102bhp ‘triple’, two other versions of the 1.4-litre, with 97 and 102bhp, and a 197bhp 1.6-litre petrol. The three diesels are 97, 133 and 157bhp, the latter being a bi-turbo 1.6-litre. Prices start at £15,295 (Design), rising to £19,315 (Elite), which is almost £2,000 less than the outgoing model, which also demonstrates Vauxhall’s ultra-competitive and more realistic price advantage.

The new Astra story is far from complete, as On-Star, its industry-leading manufacturer link service, is worthy of a factual exploration in itself. However, let it be stated that the new compact Vauxhall is the best-in-class without a shadow of doubt, a factor underscored with its 2016 European Car of the Year (e-COTY) award. It is priced keenly. It is lighter. It is dynamically superior. It is exceptionally well equipped. It is more frugal and cleaner, too. The timely Astra is a headlining British success story that will take all of its rivals several years to match, by which time, it will already be ahead of the game. 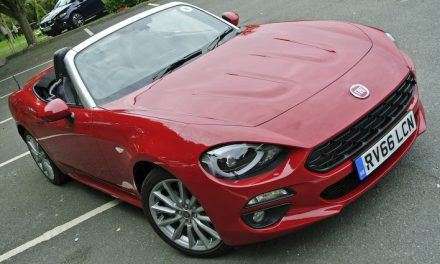 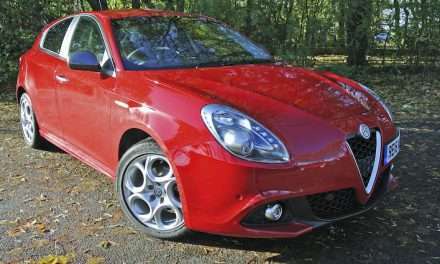 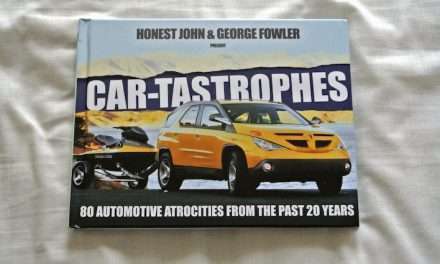 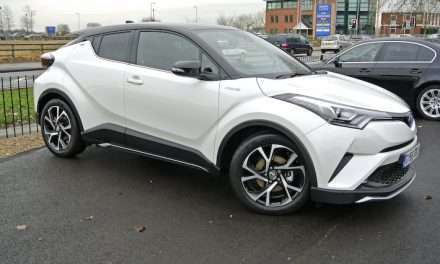