I HAD not passed through Heathrow’s T2 before

What an impressive building. Making my way to the Air Canada desk, I could only see the Business Class and Super Elite check-in desks, so made my way to the latter, passport and e-boarding card in hand. I asked if it was possible to change to a seat with more legroom. Now, it was either my insouciant charm, or the charming representative herself took pity on this humble Economy passenger, for she kindly switched me to 31K, a window seat by a mid exit. She then re-directed me to Economy check-in. There was little wonder I had not noticed it before, as the Air Canada representative was seated directly under a ‘Turkish Airlines’ sign. “It can be a little confusing,” she confided. Quite. Once through security, I donned my anti-embolism stockings, bought a latte and waited patiently for the gate number to show, before taking the 15-minute walk utilising the occasional travelator to board flight 855 to Vancouver.
I had previously uploaded a couple of e-books, and then purchased copies of the Literary Review and Conde Nast Traveller at the terminal to ease me through the nine-plus hour flight. Once airborne and the seatbelt sign had gone out, the queue for the toilet began. I can never understand why passengers do not use the facilities at the terminal immediately prior to boarding. Or possibly they do, but then if so, there would appear to be an awful lot of people with weak bladders.
Anyway, the food was not long in coming. A choice of pasta or fish and rice, which I opted for, plus bread roll, a soft raisin and dark chocolate biscuit, and water. Suitably replenished, I read a review of Emily Wilson’s ‘Seneca: A Life’, about the Roman philosopher and playwright, while the stream of loo lovers continued to-ing and fro-ing along the aisle. Ah, finally, no one wanting to spend a penny, so I thought I would check out what all the fuss was about. Perhaps there is an image in there of the Cistern Chapel. I could, perchance, stop all this and become an iconoclast, and smash it to pieces. Too late, someone else just jumped out of their seat and got there before me. Maybe everyone had been allocated time slots, and I missed the cut. Never mind, in this seat there was bags of room to cross my legs. One of the stewardesses announced that as we were bouncing our way through turbulence, everyone was to remain seated with their belts fastened, and not to use the facilities. Ten seconds later a chap trundles up the aisle and pops into the toilet. I ask you. Then another, for goodness’ sake. Enough of this, back to the Literary Review and ‘The Fall of the Ottomans: The Great War in the Middle East, 1914-1920’ by Eugene Rogan.
I will continue this communication from Vancouver, where I am staying for a couple of days before flying northwards to the Yukon. I might be lucky and stumble upon an unoccupied convenience there.
By the way, do you know one of the things I love about flying with Air Canada? The Chicken Fajita, a hot savoury pastry from Monty’s bakehouse in London – a light and crispy lattice-topped pastry with a tasty chicken fajita filling. Using chicken from Brazil and made in the UK. Work that one out. A huff and a puff and the old cogs start turning

Find inner peace at the stunning temples of Kyoto 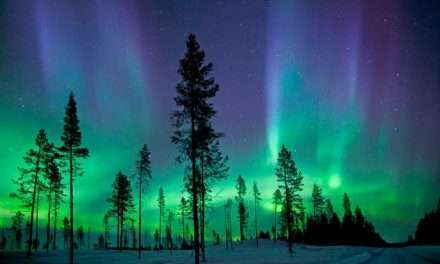