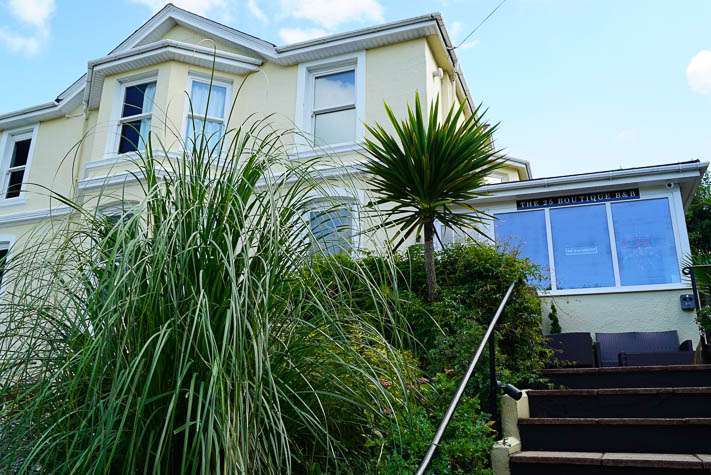 Torquay. A  resort town on the English Channel in Devon, recognised for its beaches and stunning coastline nicknamed the English Riviera.

There is a marina, shops, cafés, restaurants, a 12th century monastery, art galleries and extensive gardens leading down to the sweeping promenade. There is also a perplexing mix of guest accommodations vying for your business. Where to begin, you might well ask. It depends, of course, on your budget, length of stay, and your expectancies. Guest houses, bed and breakfast establishments and hotels… the list seems never ending. Ah, and then there is The 25 Boutique B&B. 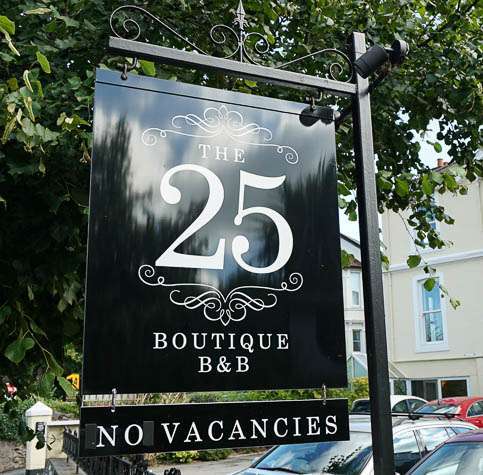 I am happy to pull this one out of the hat for its extraordinarily high standards, outstanding service and, yes, all-round excellence. It is, believe me, very special indeed, and I have stayed at an awful lot of places during my time as a travel writer. Hosts Andy and Julian Banner-Price have created something quite unique to Torquay. There are not many B&Bs where you would find Nespresso coffee makers, iPads, fluffy bathrobes, televisions in the shower wall, free movies on demand… and all as standard. Admittedly, The 25 went through a major refurbishment in 2015 , with further work through 2016 and 2017, to bring it to the standard that guests enjoy today. There has been almost obsessive attention to detail, warranting its 5-star status. It wasn’t always like that in Avenue Road.

Andy and Julian Banner-Price moved into the ten-bedroom property four years ago, and found themselves welcoming guests from day one. Opening in March 2015, they ran with the season and, come winter, shut the doors for five months in order to take the building back to brick. Rewired and replumbed,  the property was reconfigured to six bedrooms. “It was an opportunity to make sure we did everything right, from high pressure showers to sockets in the right places, but it’s much more than that. It’s all the little touches that make us such a unique, special place to stay,”Andy told Essential Journeys 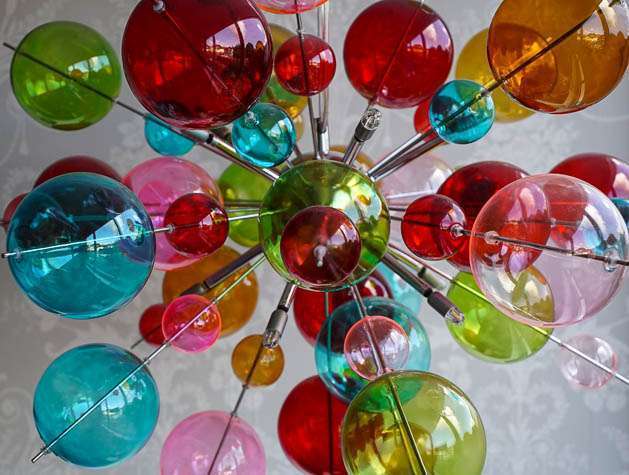 Tackling a house conversion was nothing new to them, having run a hotel just outside Caernarfon in North Wales for seven-and-a-half years. The large country house sat in fifteen acres and was surrounded  by farmland. The considerably larger operation also had a restaurant. Andy and Julian had found themselves pretty much in the middle of nowhere. Away from decent restaurants, they had taken the decision to open a dining-room where they could provide food for their guests in the evenings. Julian would cook breakfast, whilst Andy was front of house. Come evening, they would swap roles, with Andy taking care of the cooking. On the treadmill of catering for overnight guests, weddings and other functions, and with staff on the books, they eventually took the decision to sell up, essentially to get their lives back on track.

“We literally stumbled upon Torquay,” says Andy.”We didn’t know the town. In fact, we had discounted it a few times because I had mistakenly thought it was much further south in Cornwall. When I actually looked on the map and saw how close it was to the M5, the town became a contender. We looked at three properties, and even this was bigger than what we were actually looking for, but it just felt right. I could see how I could reconfigure the building to get it to what we wanted.” The colours, the design, the vision and all the other elements were down to Andy. 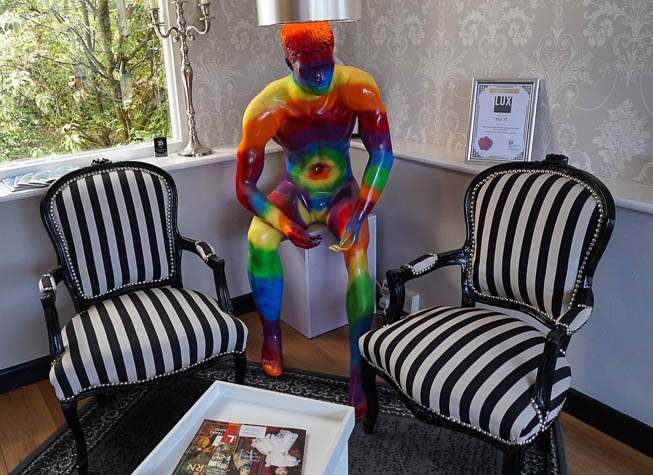 “It must have been my schizophrenic head, which is why every room is completely different! Sometimes I know what I want, but whether it exists is a different matter. I spend an awful lot of time searching for things on line, such as with the mannequin lamp in reception. I couldn’t find what I wanted so I bought a secondhand mannequin off Ebay, spray painted it and turned it into a lamp. We love the idea of creating individual pieces; to make a statement by making the rooms look different to anywhere else that guests may have stayed. Our last property had 5-star rating, so we knew that that was the level we wanted to attain. By going 5-star, you cut out 90 per cent of the market.” Within the 5-star market in Torquay, nobody was adopting the boutique route, so Andy and Julian immediately stole a march on other B&Bs. “The other 5-star properties were perfectly nice, but they were still similar to a lot of the nice 4-star properties, but had simply upped their game with nice decor, as opposed to anything unusual.” 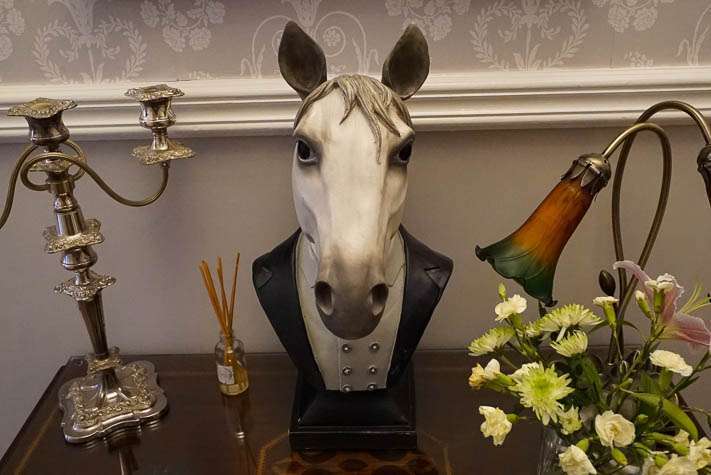 I ask Andy how they came to the decision to move to Wales, and he tells me that even that was a completely random act. Living in Telford in the West Midlands, Julian had been made redundant from his position as an IT manager. Andy was looking at promotion in his customer services role outsourcing for Bentley, Lamborghini, Porsche and Audi, and had serious doubts about taking on yet more staff and the added responsibility that went with his job. They had worked together previously buying, renovating and selling on properties, and were at that time looking for another property across the border in Wales, which offered more properties at better prices. However, trying to find a new home and new jobs where they were was pretty much impossible. 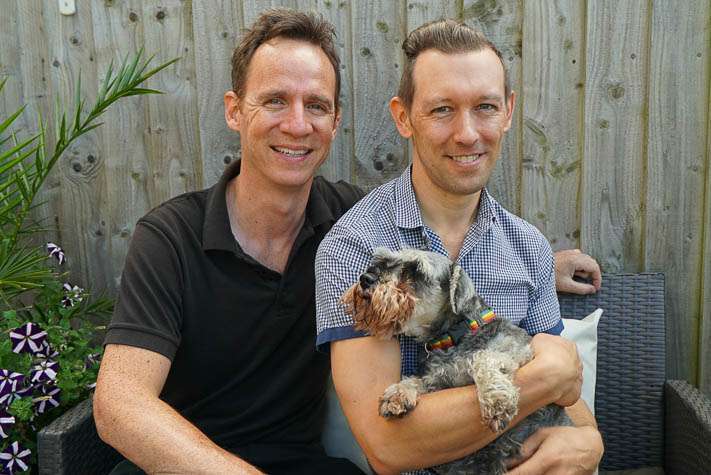 One evening, they decided to try and do something together. Andy changed his search term to ‘Businesses for Sale’ in Wales, and the hotel was the first property that came up. “We thought, a hotel, we can do that, how hard could it be!” recalls Andy. It was to prove a steep learning curve, and no doubt if they had thought about it too seriously, they would have concluded that they were mad. On the flip-side, they were still young enough that if it all went wrong, they could start again. ‘We were living in a five-bed detached house at the time, and we were now looking at a ten-bed hotel. We would have friends stay over for dinner parties and we would serve them a full breakfast the next day, so we thought we could continue to do what we had been doing for our friends, but we would be paid for it.” 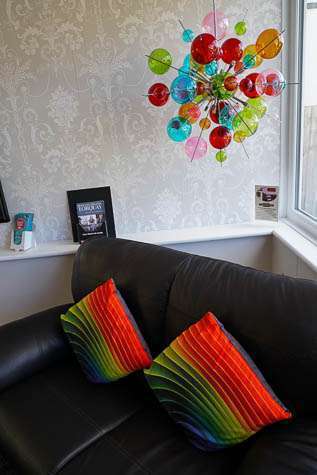 Once having moved into No 25, and closing after their first season, Andy and Julian set to in the bedrooms, the drawing room and dining room, leaving the corridors and reception for the next phase of the transformation.Today, the six individually styled bedrooms offer cutting-edge design fused with the latest technology. Daily home-cooked goodies in the room; movies on demand; they have tried to think of everything to make a stay truly remarkable. Of course, they are also blessed with an excellent location, with the English Riviera being renowned for its climate, making it a popular year-round destination. Having been open for eighteen months, the awards began to turn up on their doorstep. Concentrating on local awards in the first instance, they won gold for Best B&B in South Devon, and also collected the prize for Winner of Winners. That started the ball rolling, and it hasn’t stopped since. The venue won Silver for B&B of the Year at Visit England’s 2018 Tourism Excellence awards, and topped that by being crowned Unique B&B of the Year at the annual AA 2018 B&B Awards in London. They will be in London this coming October for the Eviivo awards for Most Beautifully Presented Bedrooms. Their hotel in Wales had been voted  ninth in the UK and seventeenth in the world. Today, The 25 stands fourth in the UK and ninth in the world. During the time of my visit, they had received 448 reviews on TripAdvisor, with every single one starred as ‘Excellent’. They hope to achieve 500 reviews with a completely unblemished record by the end of the year. 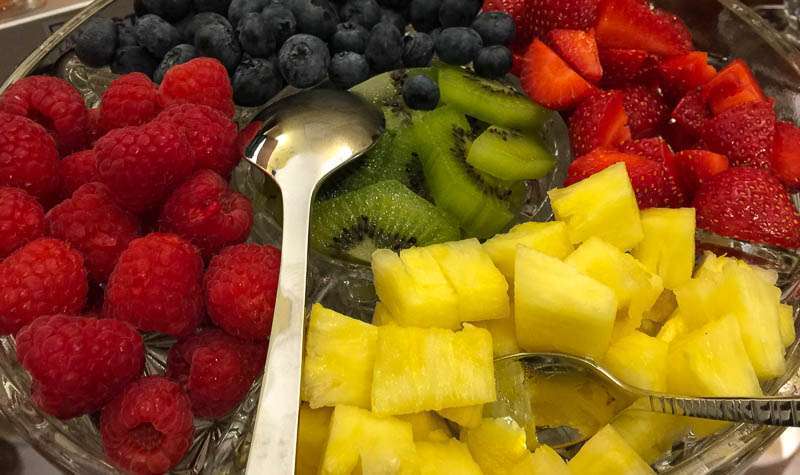 Guests are treated to an award-winning breakfast, with locally sourced produce

Andy plans to capitalise on their success and has set up a training company for other budding B&Bers. “Having done it twice, we know what it takes to make a successful B&B and I’d like to help people choose the right property and make the best decisions from the outset. In today’s online world, it’s no longer enough to learn the ropes on the job, you need to excel from day one.” 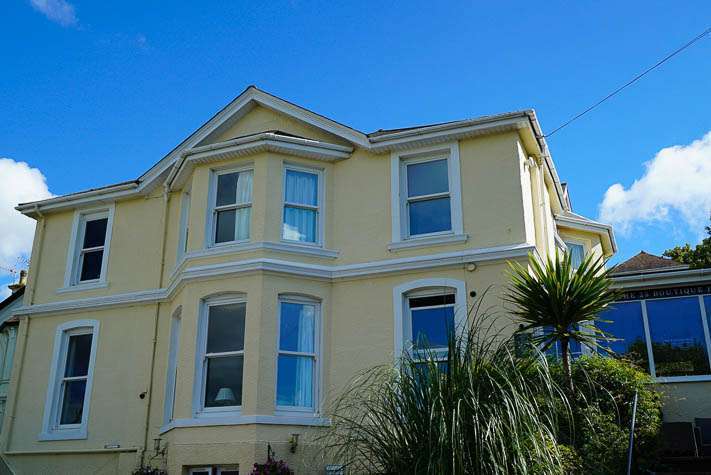 Andy is clearly the type of person who, as soon as he puts the paintbrush down and finishes what he is doing, he wants to move on. Not so at The 25. “We have no plans to move from here. We are competitive and want to be the best. All we have ever done is create the perfect place that we would want to stay at. We will never have a finished product, as we are always striving to be the best that we can possibly be. We believe we offer value for money. One of my biggest comments to other B&B owners is that they don’t charge enough. They are scared to charge for the quality they are offering. We are not ashamed to say that we are more expensive than any other B&B in Torquay, but we are the best.” 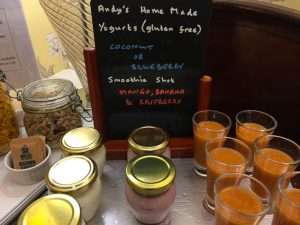 If guests book directly with The 25,  they have an option to join the VIP list on the website. Benefits include a permanent five per cent discount on rooms. With bookings of  two nights or more, guests receive a complimentary mini bar, with access to a local spa, and will find a jar of sweets in the room, along with daily home-made treats. (I was treated to a delicious lemon double drizzle cake!). If guests stay for multiple nights,  on the night before they leave they will find a handwritten note in the room thanking them for their stay,  and some love hearts next to it. As Andy concludes: “Little personal touches. It’s the things that don’t cost as much that people comment more on.” I couldn’t agree more. 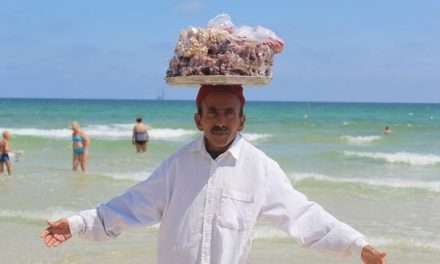 Tunisian flags are flying once again 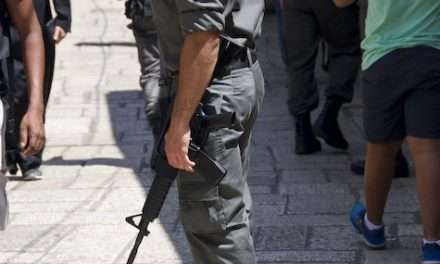 Make sure your bag is fit for purpose, or it could end up costing you dear