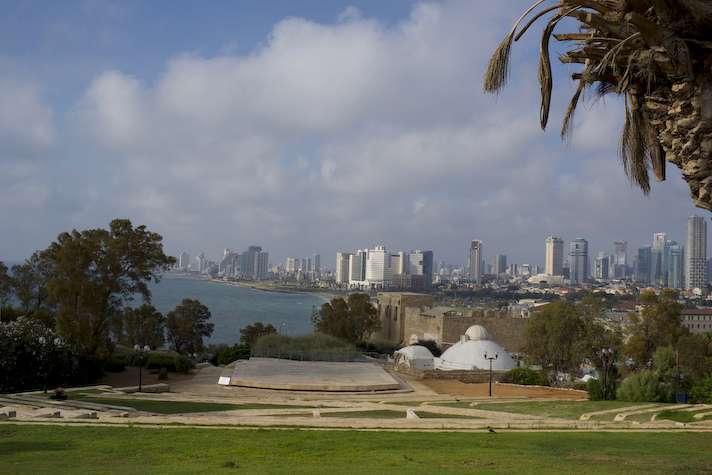 Tel Aviv is possibly the only city in the world which has a name inspired by the title of a novel, writes Michael Cowton 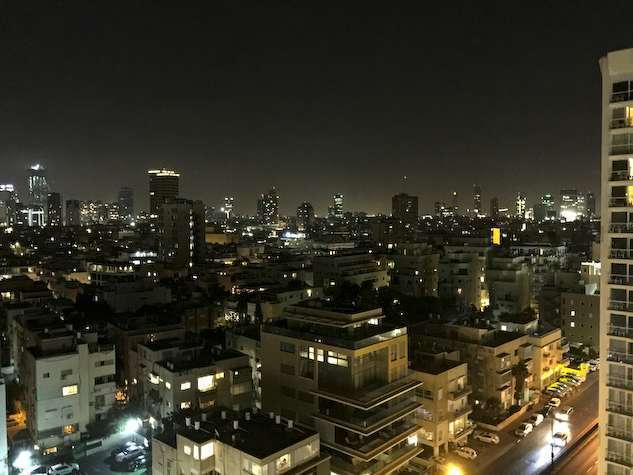 Altneuland (Old New Land) was written in the 19th century by Theodor Herzl, an Austro-Hungarian journalist, playwright, political activist and writer. Herzl was also one of the fathers of modern political Zionism. As the Paris correspondent for Neue Freie Presse, Herzl followed the Dreyfus affair, a notorious anti-semitic incident in France in which a Jewish French army captain was falsely convicted of spying for Germany. Following the Dreyfus trial, Herzl was to witness mass rallies in the capital, where many chanted ‘Death to the Jews!’. Herzl came to reject his early ideas regarding Jewish emancipation and assimilation, and to believe that the Jews must remove themselves from Europe and create their own state. Herzl’s editors of Neue Freie Presse refused any publication of his Zionist political activities. Undaunted, in late 1895 the opinionated Herzl was to write Der Judenstaat (The State of the Jews). Herzl wrote that, already possessing a nationality, all the Jews were missing was a nation and a state of their own, and argued that the Jewish people should leave Europe if they wished to, and preferably for Palestine, their historic homeland. The book was set to change the course of Jewish modern history. 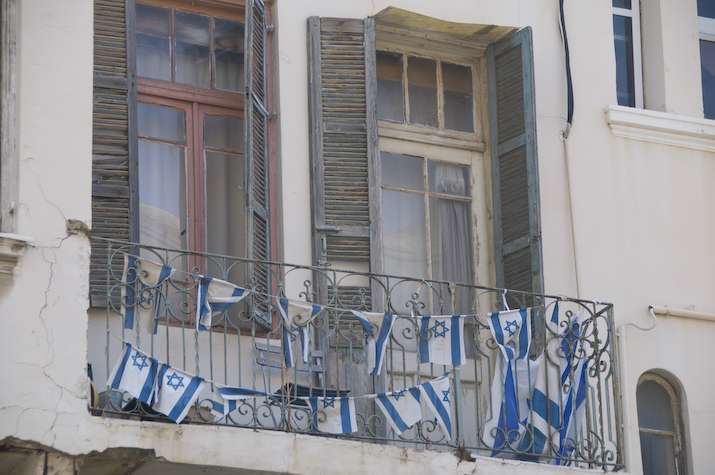 Herzl was later to write Altneuland, a utopian novel which outlined his vision for a Jewish state in the Land of Israel. This was to become one of Zionism’s establishing texts. Tel Aviv is the Hebrew title of Herzl’s book Altneuland, The name was well suited, as it embraced the idea of the renaissance of the ancient Jewish homeland. ‘Aviv’ is Hebrew for ‘spring’, symbolising renewal, and ‘tel’ is an archaeological site that reveals layers of civilisation built on top of each other. 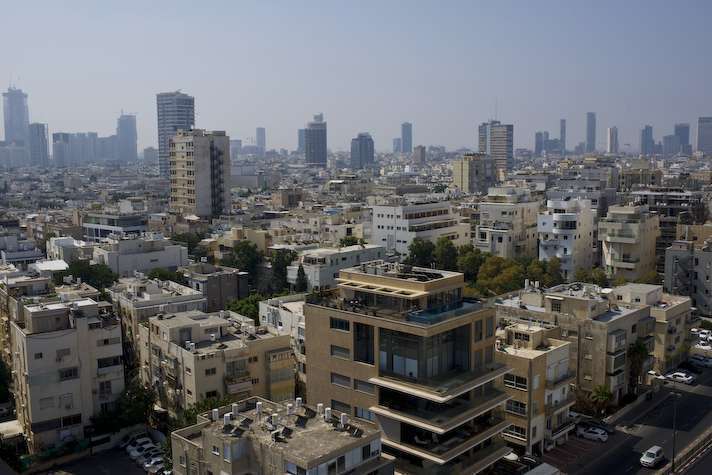 After a pleasant connecting flight from London Stansted to Tel Aviv’s Ben Gurion Airport  via Istanbul with Pegasus Airlines, I arrive at Israel’s foremost economic and metropolitan nucleus with a mixture of heightened curiosity and anticipation, for the appeal of the city, and indeed Jerusalem, my next destination, are all-consuming. History, culture, modernism and religion, all make for a heady – and some may be forgiven for thinking ‘toxic’ – mix. It is the early hours when I eventually enter the lobby of Herods Hotel (http://www.herods-hotels.com/herods_tel_aviv), and not until the next morning, upon opening the curtains of my room, do I realise that the hotel is nestled in the heart of the city and right alongside the tranquil Mediterranean. 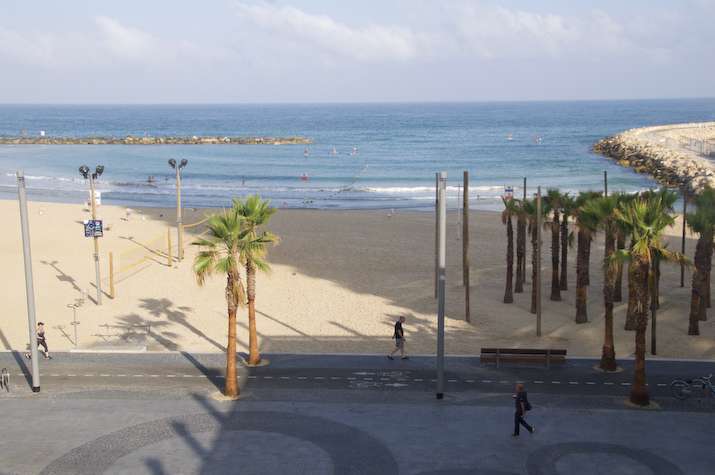 I open the balcony door to be greeted by a blast of hot air. So early in the day, and yet walkers, joggers and cyclists are already on the promenade, many sporting cardio monitors on their arms. Too much for me, so instead I head to the breakfast area which overlooks the outside pool and beach. 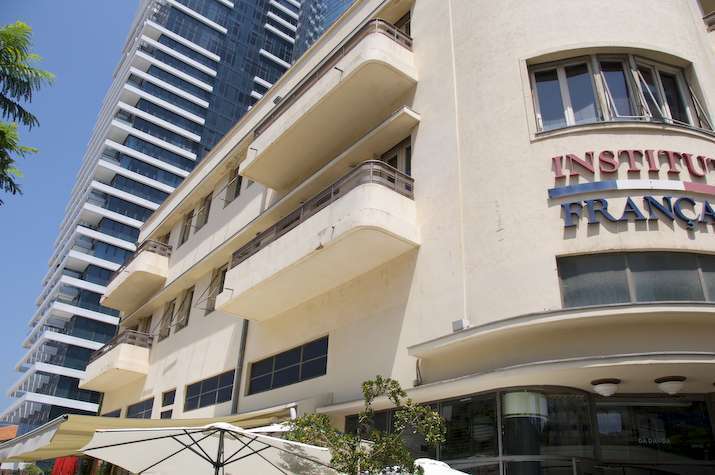 Founded in 1909 to the immediate north of the walled port city of Jaffa, on the hills along the eastern coast of the Mediterranean, Tel Aviv developed as a metropolitan city under the British Mandate in Palestine. The ‘White City’ of Tel Aviv was constructed from the early 1930s until the 1950s, based on an urban plan drawn up by Sir Patrick Geddes (1925-27), one of the foremost theorists in the early Modern period. Containing the largest group of buildings in the world built in the international Bauhaus style,  the White City has been declared a World Heritage Site by UNESCO. 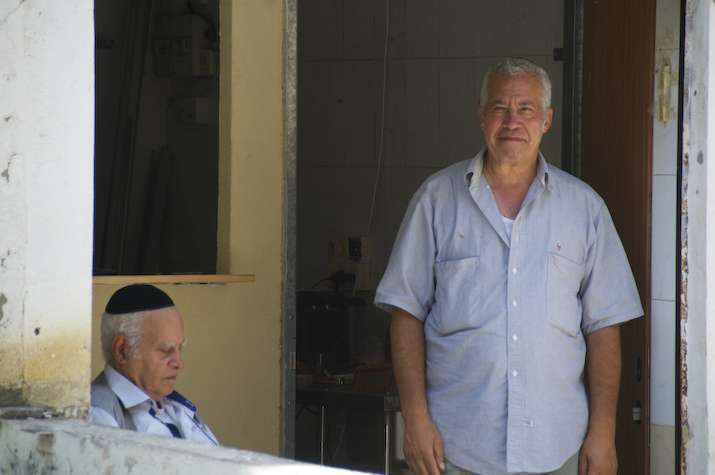 The buildings, based upon clean geometric shapes and asymmetry, were designed by European-trained architects. What visitors see today is not only an outstanding example of the innovative town planning ideas of the first part of the 20th century, but also of the implementation of these trends taking into account local cultural traditions and climatic conditions. 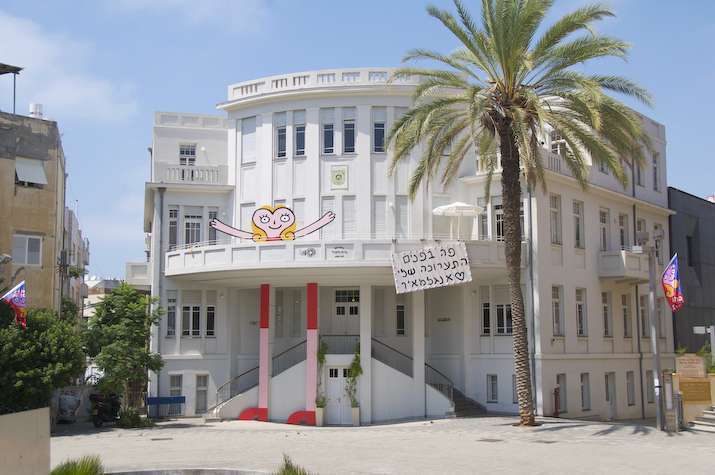 I am to spend a day in the city, and it is not long before I come to the conclusion that Tel Aviv is not one of all-consuming beauty. It is, rather, a sprawling architectural gem; a city worth enjoying on a slow footing, as I pass from one neighbourhood to the next, each offering a different character. 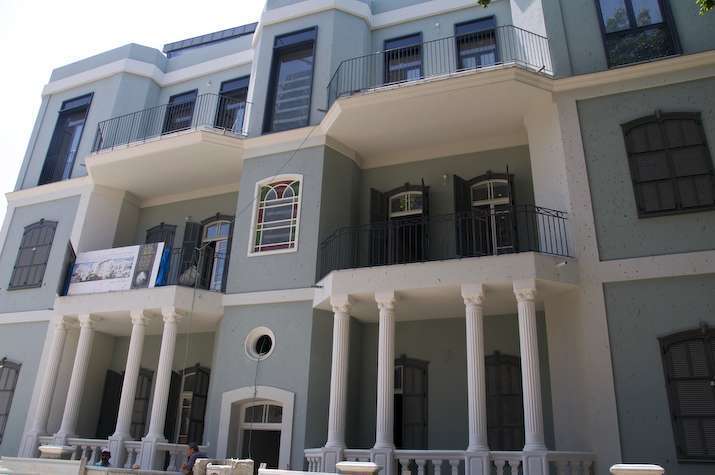 Over the past twelve years, Tel Aviv has seen the re-modelling of a growing number of these iconic structures and other eclectic buildings, with still plenty more work to be carried out. The city has also witnessed drastic change over the last decade in architectural design with an upsurge in smaller, intimate, boutique hotels popularising the neighbourhoods. I was quoted a figure of two hundred across Israel in Tel Aviv, Haifa and Jerusalem, the most famous being the Norman Tel Aviv, a fusion of 1920s elegance and exceptional service, housed in two historic buildings, restored to their unique architectural splendour. 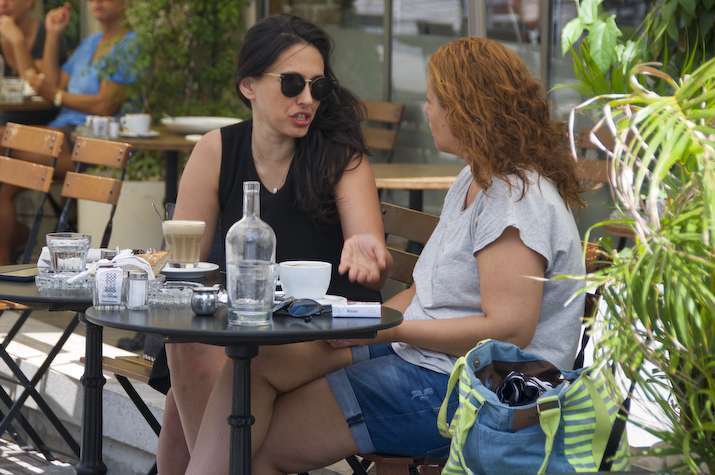 Around 300,000 people live and work within the city centre. Add in the suburbs, and that figure reaches one million. Real estate is extremely expensive here, and with the ongoing gentrification of the neighbourhoods, no doubt housing costs will continue to spiral. 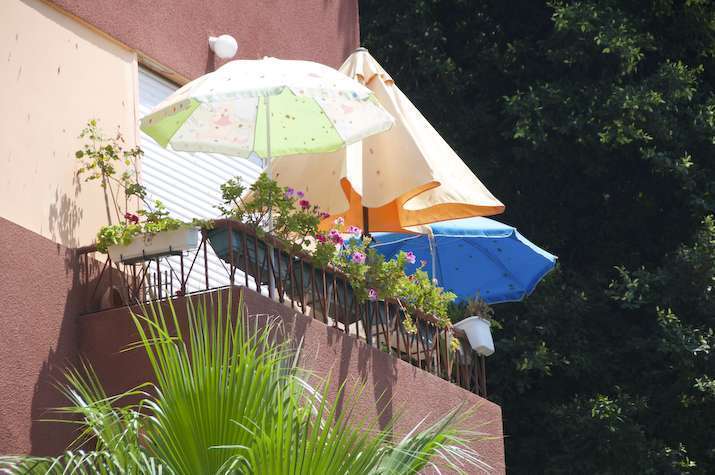 Neve Tzedek (Oasis of Justice), in southwestern Tel Aviv, was the first Jewish neighbourhood to be built outside the old city of the ancient port of Jaffa. As one of Tel Aviv’s oldest districts, by the start of the 1900s its oriental architectural style, with low buildings along quaint narrow streets, had started to attract artists and writers, including future Nobel prize laureate Shmuel Yosef Agnon, and famous Hebrew artist Nahum Gutman. However, as Tel Aviv developed, Neve Tzedek fell into decay. Much of this was due to the north of the city – developed by the wealthier Ashkenazi (European Jews) –attracting many of the richer residents of the south, so much so that by the 1960s, city officials deemed Neve Tzedek, a run-down, slum-like area. 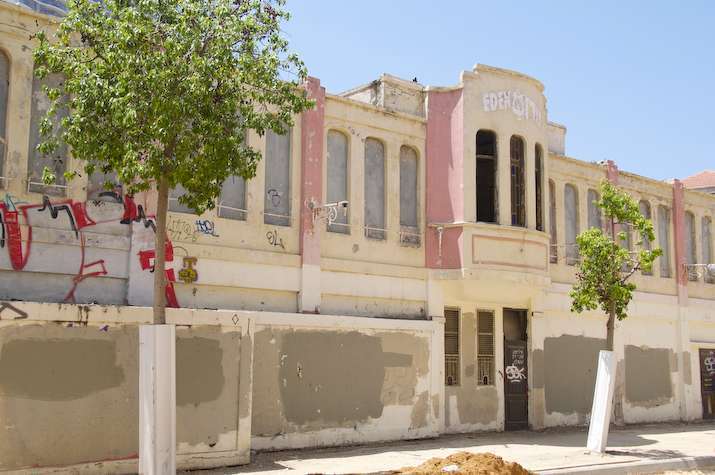 The oldest cinema in Israel is currently undergoing renovation

Plans were put in place to demolish the neighbourhood and construct high-rise apartment blocks. However, with so many buildings being placed on preservation lists, the plans never came to fruition. Instead, restoration works began in the 1980s. The district has since become increasingly fashionable as a real estate and cultural hotspot. 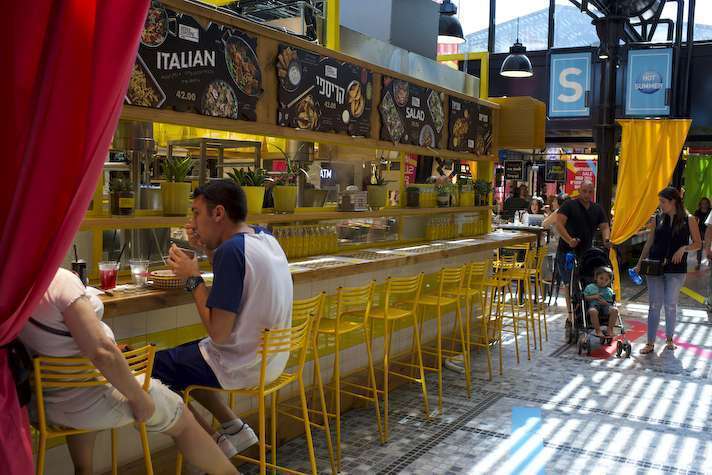 I pay a visit to Sarona Market, Tel Aviv’s latest culinary centre. In sharp contrast to Tel Aviv’s traditional food markets, such as the Carmel or Levinsky Markets, the Sarona Market, which opened in 2015, boasts culinary excellence and houses around a hundred businesses, from local producers of spices, cheeses, meats, and other goods, to imported delicacies and specialities from around the world. I also count around forty eateries, with some of Israel’s most popular chefs having opened new concepts in the market, alongside internationally renowned chains, such as Fauchon Paris, who have opened their first Israeli outlets here. 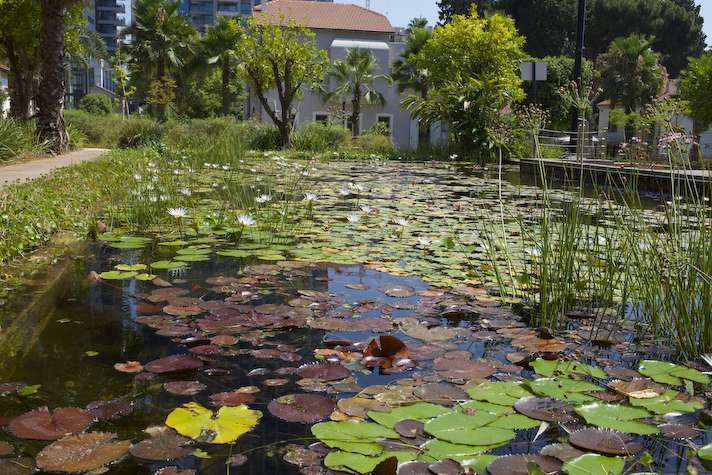 Located on the eastern edge of Tel Aviv, Sarona Market (Lily of the Valley) borders the Sarona complex, the city’s restored German Templar Colony. It was here that German missionaries first settled between 1850-60. 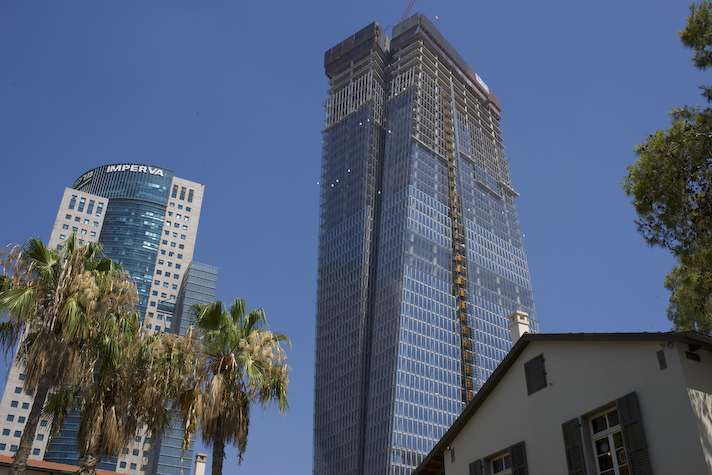 The complex was developed as part of the construction of a new neighbourhood in an area of the city which previously housed a military base and other industrial uses. 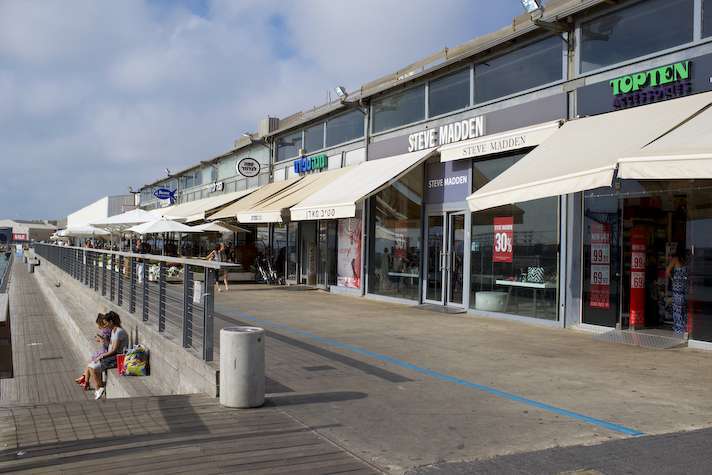 Another fine example of restoration is Namal Tel Aviv (Tel Aviv Port). Until 1936, there was only the one harbour, in Jaffa, which was often the scene of tense relations between the Jews and the Arabs. My guide Marion Forster-Bleiberg explained that the Arabs grew increasingly disgruntled at seeing so many Jews arriving by boat and, as a result, the Arab harbour workers went on general strike. 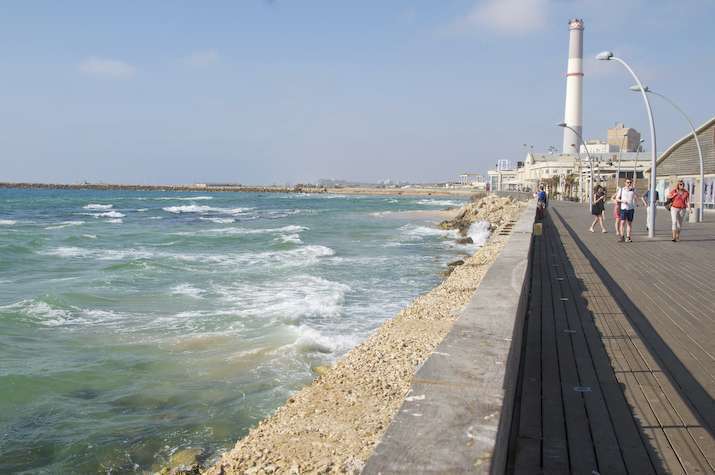 Ever resilient, in 1936 the Israelis developed a new port at the northern end of Tel Aviv, which grew into the biggest in the land. However, as containerised shipping became the standard way of transporting goods, bigger ports were built elsewhere, and Namal Tel Aviv became derelict when Haifa was built during the British Mandate. 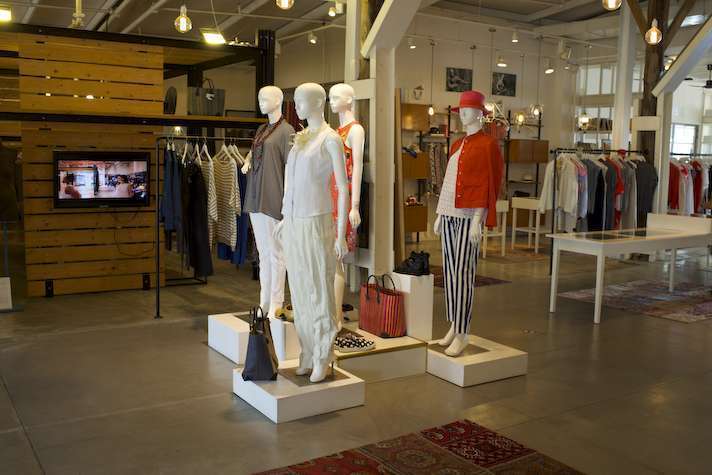 Ten years ago the old port was re-modelled, the abandoned warehouses being turned into cafés, restaurants nightclubs and designer stores. During the day, the area hosts some of the city’s richest and trendiest, whilst at night, Namal Tel Aviv transforms into one of the city’s most popular venues. 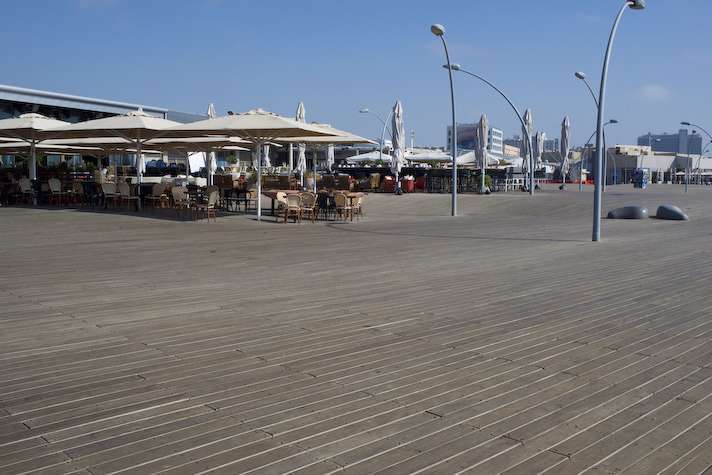 I enjoy a brief stroll along the wooden deck which covers 14,000sq.m. and acts as an enormous promenade running along the seafront. 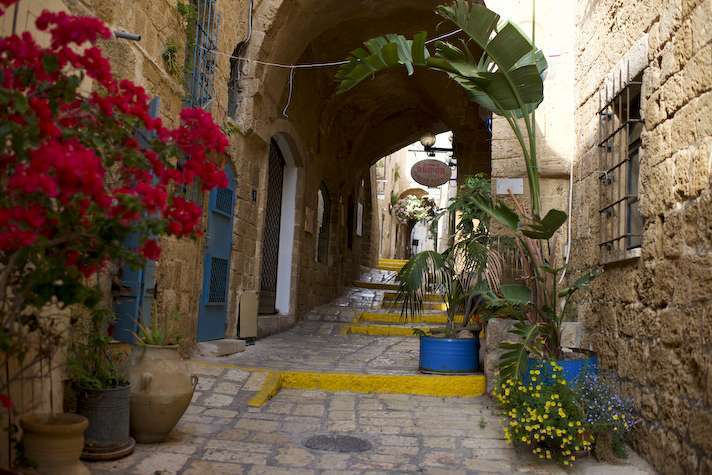 My final visit of the day is to Jaffa, which boasts one of the world’s oldest ports. Like much of south Tel Aviv, the town has undergone a regeneration programme, with the narrow streets and courtyards becoming another highly desirable part of Tel Aviv’s rich urban tapestry. 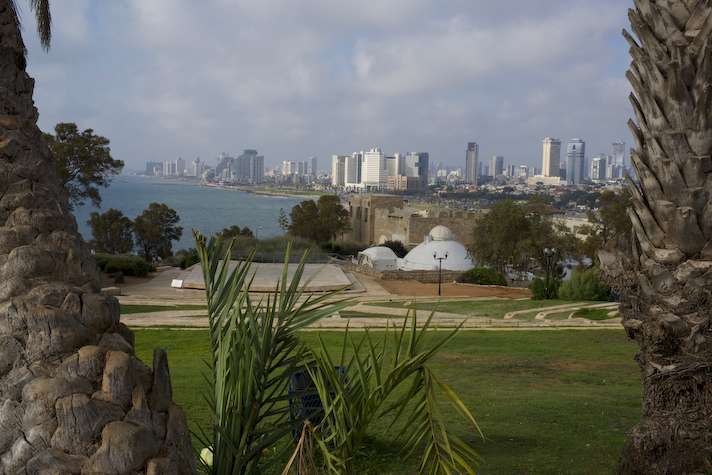 From a tranquil, picturesque garden I gaze northwards, and find myself a world away from the constant buzz of city life. I reflect on the tragedy that unfolded, for as Tel Aviv grew, so Jaffa spiralled into decay. It was only thanks to the municipality creating a Development Organisation to oversee the restoration of Jaffa, that the rot ceased. 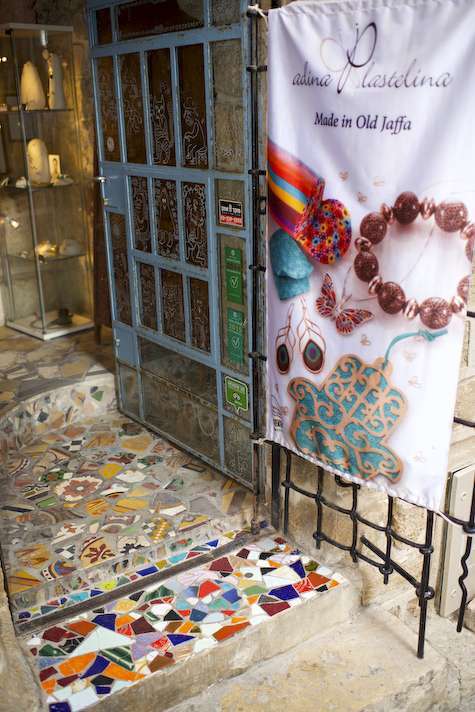 Today, Jaffa is a tourist mecca, with artists galleries and studios jostling for space with boutiques and craft shops in the delightfully higgledy-piggledy alleyways. 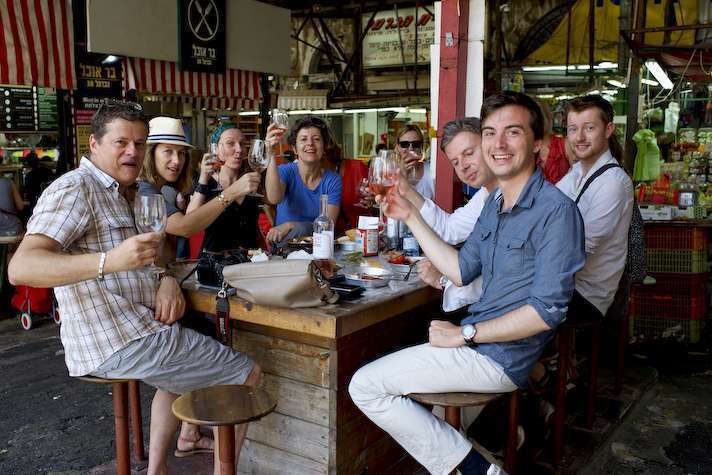 There is little wonder that Tel Aviv is often referred to as ‘the city that never stops’. The first modern Jewish city built in Israel, during the day it is a pot pourri of culture and art, and as dusk falls it engages in a rich night life. Situated alongside a stunning beach and romantic waterfront promenade, there is little wonder it is such a magnetic draw for tourists. 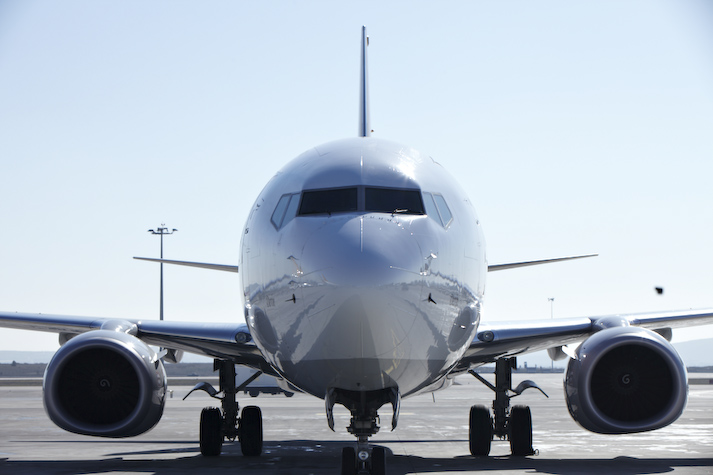 Pegasus currently flies to 103 destinations in 41 countries and further connects London Stansted and Gatwick to over 50 destinations via Istanbul’s Sabiha Gokcen. 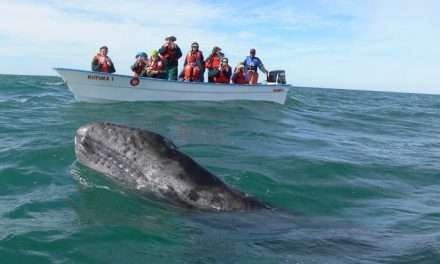 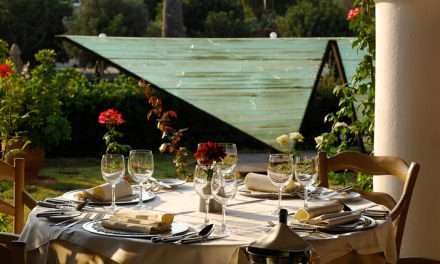 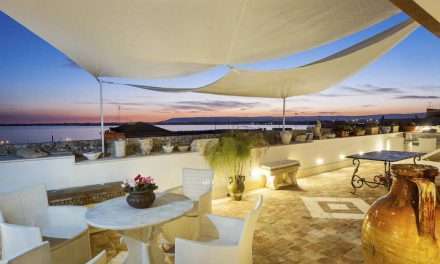 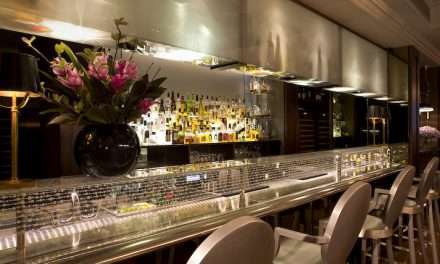