On safari with the big, the shy and the ugly 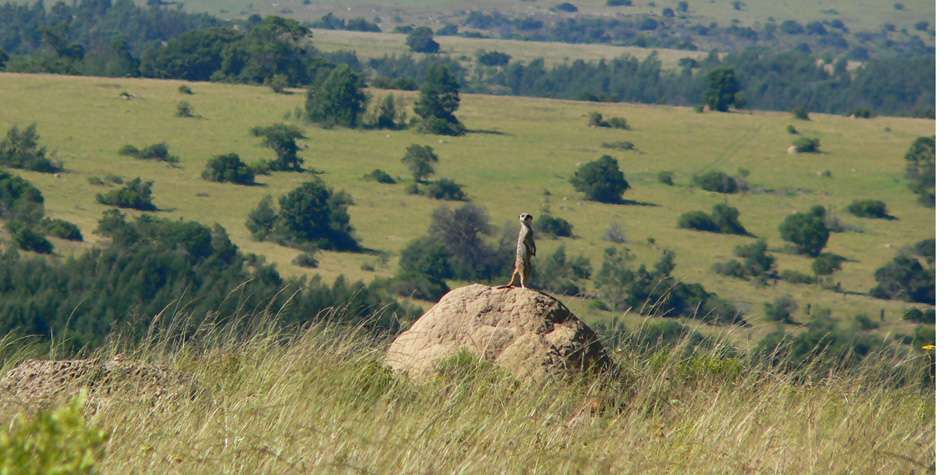 The Big 5 – Cape buffalo, African elephant, leopard, lion and rhinoceros – along with diverse unspoilt landscapes and scenic beauty, are one of the top reasons for visiting South Africa

The name was coined by colonial-era big-game hunters who considered them to be the most difficult to hunt on foot, but in these more environmentally conscious times has been adopted by wildlife guides and the tourism industry. The rarest is the critically endangered black rhinoceros; while its cousin the white rhinoceros and the leopard are classified as near threatened; the lion and the African elephant as vulnerable; and the Cape buffalo falls in the low risk ‘least concern’ category.

If biodiversity and natural resources were the measure of a nation’s wealth, South Africa would be the third wealthiest country on the planet, says Wilderness Foundation CEO Andrew Muir. 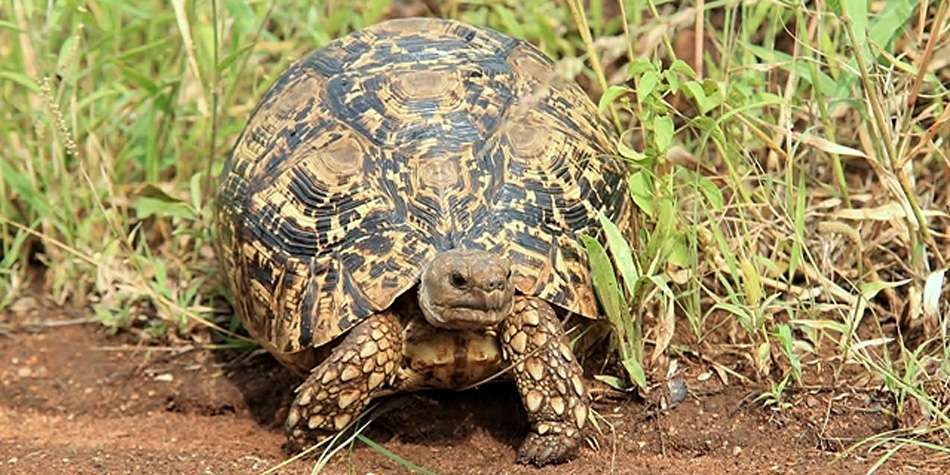 South Africa’s rich biodiversity spans eight biomes – broad zones of distinct climatic, landscape and vegetation types, or habitats, which support diverse flora and fauna. This diversity supports the Big 5 and also means there is much more of the animal kingdom to see. Eco-tourism operators and marketers have spun the concept further into the Little 5, Ugly 5 and Shy 5, giving tourists a whole range of interesting ‘must-see’ lists.

On a recent visit to Lalibela Game Reserve in South Africa’s Eastern Cape Province, cousins Kate Brown, eight, and Anna Simons, nine, marvelled at being introduced to an almost knee-high leopard tortoise. The girls brushed aside a lengthy encounter with a large and calmly munching male white rhinoceros – the day’s highlight for their parents and a tick-off on their Big 5 list – in favour of looking out for more tortoises and the other members of the Little 5. The leopard tortoise is one of the biggest found in South Africa and can live up to a hundred, weighing in at over 20kg. It is also the largest and slowest of the Little 5, which were chosen for the similarity of their names to the Big 5 in order to raise awareness of the diversity of species that South Africa boasts. 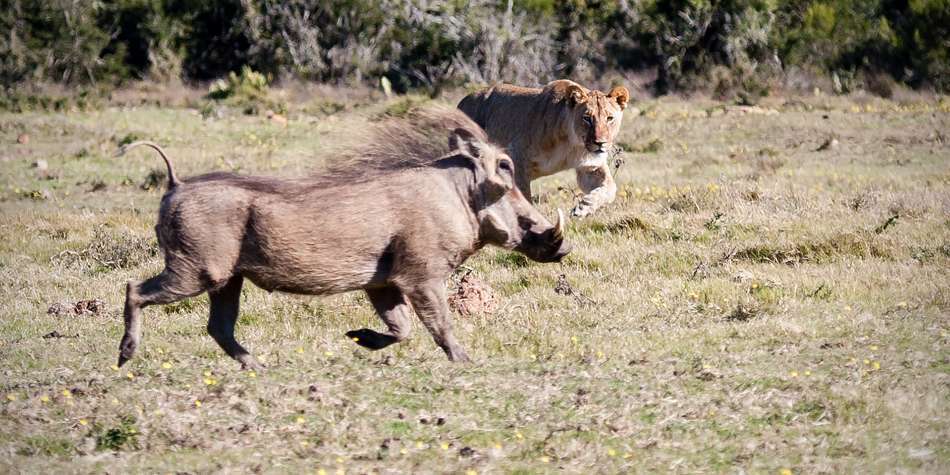 Luckily for the girls, their game ranger found another two Little 5s for them, including the rhino beetle, one of the region’s biggest beetles with a horn as distinctive as its namesake. Then they watched as an ant lion, a tiny insect also known as a doodlebug for its spirally sand trails, burrowed a trap in the sand and pounced on an unsuspecting ant with its pincers. The remainder of the Little 5 – the buffalo weaver and the elephant shrew – were not spotted by the young safari enthusiasts at Lalibela, but that did not stop the girls peering intently into the bush at every turn.

Lalibela lies 90km east of Port Elizabeth, the nearest airport. In addition to the Big 5, the 7,500ha reserve is home to other predators such as cheetah, hyena, jackal and lynx, as well as numerous plains animals. Overlooking indigenous bush and watering holes, accommodation is in a luxury tented camp and cosy safari lodges. The reserve is known for its relaxed informality and warm hospitality, with buffet meals enjoyed at communal tables or under the stars in an outside dining boma. 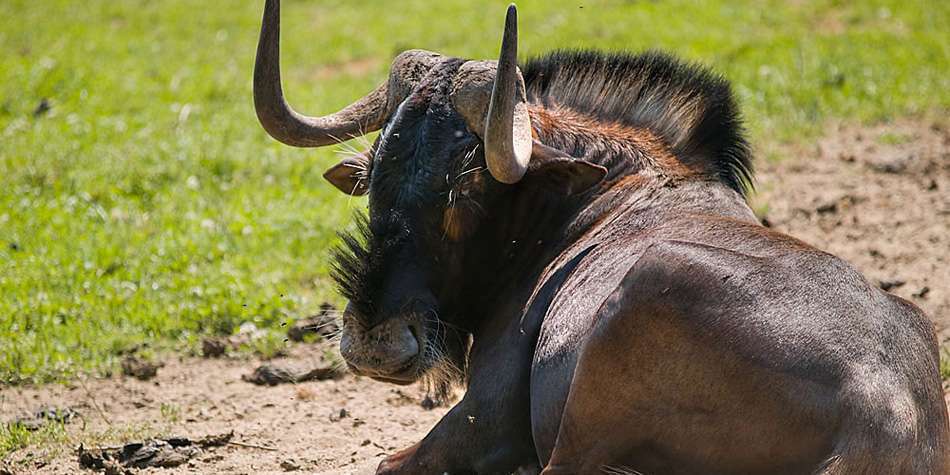 Seven of the eight biomes found in South Africa meet in the Eastern Cape, and Lalibela is home to five of them – valley bushveld, savannah grassland, fynbos, riverine forest and acacia woodland. The result is a great variety of animal, plant and bird life in their natural setting, and the possibility of not only ticking off the Big 5, but also of making a big dent in the other lists too.

The name may seem a little cruel, but the Ugly 5 are a reminder that not everyone is perfectly beautiful. The wildebeest, an antelope also known as a gnu, is well known for the herds that annually risk a host of predators to cross from the Serengeti of Tanzania to the Maasai Mara in Kenya. Also found in numbers in South Africa, it is the biggest of the Ugly 5 and looks a little like an assemblage of spare parts with its blunt muzzle, strangely forward-curving horns and oddly blonde horse-like tail. Wildebeest are a frequent sighting at Lalibela along with the scavenging hyena; that balding janitor of the wild, the vulture; and the warthog with the fatty wart-like protrusions on its head that give it its name. The marabou stork with its plodding gait, mat of fuzzy hair and undertaker’s cloak-like wings, rounds off the Ugly 5. 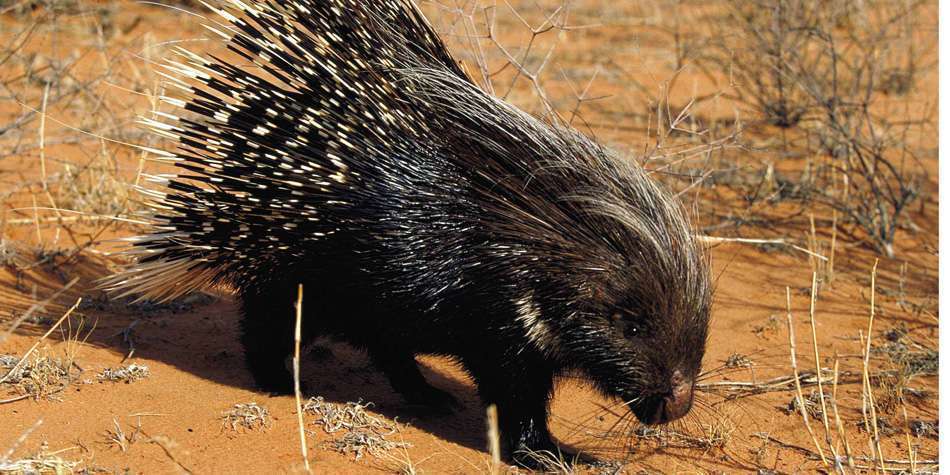 Ticking off the Shy 5 takes some careful spotting and a cautious approach, as these are mostly nocturnal animals and quick to disappear down a burrow when disturbed. They are entirely different to the bigger and bolder Big 5, the only similarity being, that if lucky enough, all can be seen at Lalibela. The most likely to be spotted is the insect-eating meerkat, or suricate, as they are not nocturnal. The elegant bat-eared fox is a master at hunting down insects, while it is easy to see where the aardvark has been from the damage done to termite mounds. Similarly, the porcupine itself is not often spotted, but the quills it leaves behind are. Although the aardwolf looks like a miniature hyena, it is another termite-eater, with weak jaws, but able to frighten off predators by making roaring noises and puffing out its mane.

“Big 5 encounters are obviously the first prize for visitors to Lalibela, but there are hundreds more species living here, with the Little 5, Ugly 5 and Shy 5 well represented,” said Lalibela head ranger Kelly Pote. “Guests enjoy the challenge of looking out for them as well, and it is a neat way of highlighting the diversity of game we have here.”