IN LATE 16th century England, as the religious, political, intellectual and cultural upheaval that formed the nucleus of the Protestant Reformation continued to spread its tentacles across the land, splintering Catholic Europe in its wake, underground papism remained widespread.

In the midst of this febrile climate, Lancashire, a long-time Catholic stronghold, came under the scrutiny of the Protestant authorities, who saw the county as a particularly sinister corner of England; a hive of sorcery, superstition and lawlessness. Pendle Hill, viewed from the road, which leads from Newchurch-in-Pendle to Barley

Rising above the Ribble Valley’s pastures and moorland, dotted with tiny hamlets and farmsteads, is dark, brooding Pendle Hill, a name synonymous with the infamous trials of the Pendle Witches. The hill sits within the Forest of Bowland Area of Outstanding Natural Beauty. Famed for its landscape and wildlife, it was the first protected area in England to be awarded the European Charter for Sustainable Tourism in Protected Areas.

There is some irony in the fact that the word ‘witch’ comes from the Anglo-Saxon word Wicca (wise ones). True, many believed they had magical powers, which they used during pagan religious rites, centred on the natural world. They were, however, by and large harmless people, many of them single or poverty-stricken widows with little means to support themselves, other than by establishing reputations as healers, using herbs and medicines they had foraged from the surrounding land as their panacea, a remedy which was to bring them universal condemnation in a time obsessed with the pursuit and punishment of witchcraft.

Protestants spoke of Catholic practices as a form of conjuring, their malign incantations as charms, made to cause others harm. The so-named Pendle Witches did not stand a chance against this background of fear and religious zeal, the authorities being desperate to wipe such insidious devilry and mischief from the face of the land. And so their arraignment in the assizes of Lancaster during 1612 became England’s most notorious witch trial. Nine women and two men were found guilty and executed by hanging; one was found not guilty. Maureen Stopforth with a model of a witch outside her shop

History and legend continue to weave a spell across this hidden corner of England. Pendle Hill is indeed a striking landmark, attracting thousands of visitors each year, who come to wander the countless trails that criss-cross the landscape. The Pendle Witches Walking Trail, for example, takes in the ancient hamlet of Roughlee, with its sculpture of accused witch, Alice Nutter. In Newchurch-in-Pendle, with its mysterious ‘eye of god’ on the church tower, you will find Witches Galore. Maureen Stopforth has been weaving her own form of retail magic at this witches’ emporium for the past thirty-eight years of the shop’s sixty-three year existence. Pointing the finger through the window of Witches Galore

“When we first purchased the business, I thought I would die of boredom in this pokey shop down a country lane where nothing is ever going to happen, and I have not died of boredom yet,” she tells me. “A large percentage of visitors arrive from overseas, initially intrigued by the history, but once here, they find that we live in a beautiful area.” Maureen has a white chart on the wall with a silhouette of a witch and the word ‘Witch’ inscribed on it. At the last count the word ‘witch’ had been penned by visitors in sixty-six different languages. I fear there was some strange sorcery afoot during my visit. I purchased several items, including a flying witch doll for my granddaughter. “That’s odd,” said a bemused Maureen. “The bill comes to £16.12.” The year 1612, as I mentioned earlier, was when the trial took place. As I was about to leave, Maureen deemed it important enough to reassure me that she was not, in fact, a witch. As a Protestant with a Catholic grandmother, I never doubted her for a second. Should you fancy being spellbound by a touch of benevolent white magic, you now know where to go for your next day out.

By Car – The M6 runs through Lancashire, connecting to the M61, M65, M55 and several major A roads. Junctions 8 and 10 of the M65, both around two miles from Padiham, give access to the motorway network

By Rail – Lancashire has excellent rail connections, being just two hours from London on the West Coast Line with Virgin Trains, with stations at Preston and Lancaster. Change at Preston to reach the towns of Clitheroe, Burnley, Blackburn, Colne and Ormskirk. There are also direct trains travelling from Manchester to most Lancashire towns and cities

By Bike – Bring your bike or hire one from a number of railway stations, including Morecambe, Blackburn and Ormskirk. Leisure Lakes Bikes in Lancaster city centre has a range of hire bikes, including electric and hybrid. Visit cyclelancashire.com for a full list of cycle hire venues

Once a rural village on the River Calder, the small market town of Padiham was home to Margaret Pearson, who was known as the Padiham Witch. Found guilty of non-capital witchcraft, she was pilloried in Lancaster, Clitheroe, Whalley and Padiham on four market days, followed by a year in prison. If you are looking for a base from which to explore the area, check in to The Lawrence. Originally built in 1821, it has been under new ownership since 2017. Michael Huckerby has meticulously restored the property to its former glory, retaining its Grade 2 listed Georgian features, whilst adding distinctive touches of modern luxury, which you would expect from a boutique hotel.

The Lawrence boasts fourteen design-led bedrooms spread over the main house and the old stables. You can expect luxurious roll top baths, Victorian tiles floors and sash windows. If available, book the Tolkien suite, the jewel in the hotel’s crown, with an extravagant floating bathroom sitting across two floors, complete with wooden rafters. The rooms contain rainfall showers, Nespresso machines, Temple Bar bath and shower products, robes and slippers, TV and digital radio, sweet treats. There is even an in-house therapist, should you feel the need for a massage after a long day out.

We recommend Holmes Mill 1823 Bar & Grill in Greenacre Street, Clitheroe. The former textiles mill has been converted to house a stunning beer hall, food hall, hotel and bistro. Occupying the original Spinning Block, the Bar & Grill has been stylishly decorated. With the Bowland Food Hall for a larder, expect the freshest ingredients available in this part of England, with seasonal fruit and vegetables sourced from the farms of West Lancashire. Friendly, efficient, exemplary service, with food to match

WHAT ELSE CAN I DO?

Walking, cycling and bird watching are all popular pursuits in the Forest of Bowland. If you fancy retracing the steps of the Pendle Witches, there are a number of options available. Barley is the starting point for the Pendle Witches Walking Trail, as well as three Reservoir Walks and the Pendle Sculpture Trail. For details of these and other options, go to visitpendle.com/witches. The guide ‘Bowland by Bike’ contains picturesque rides, including a tour around Pendle Hill. For mountain bikers, head to Gisburn Forest, which offers some excellent opportunities, with all abilities catered for. Head to forestofbowland.com/cycling for downloadable routes 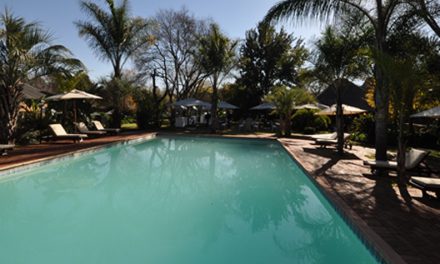 In the lap of luxury by the river of babble on Oia, pretty as a picture could ever be