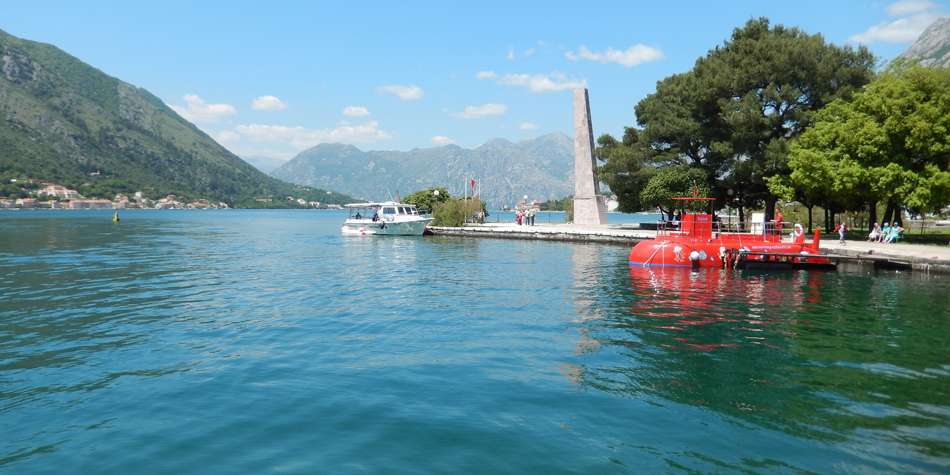 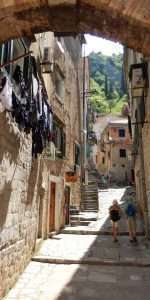 We had been told that the arrival by sea to Kotor, situated in a secluded part of Boka Kotorska bay, was like enjoying a trip along the majestic Norwegian fjords. They were not mistaken. Lying in the northern part of the Montenegro coast, the bay is the deepest natural fjord in the Mediterranean Sea. Kotor has developed around Stari Grad, the city’s walled old town and most prominent landmark, which itself is littered with UNESCO World Heritage sites. Kotor is set against a backdrop of steep-sided mountains which almost tumble on to the waterfront, where cafés jostle for custom outside the impressive entrance to the walled city. 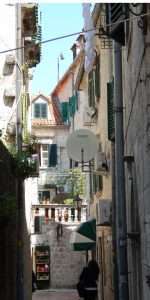 Step inside, and a world opens up of small, bustling squares criss-crossed by narrow streets, which were once full of the noise and vibrancy of seamen and traders. A city typical of the Middle Ages, medieval architecture and culturally significant monuments are at every turn. We sat and enjoyed a glass of local red wine whilst surrounded by tourists pressing into the area as the taverna offered free WiFi. 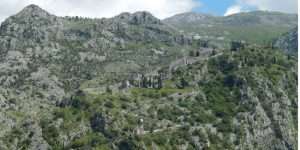 Surely, this was the perfect place to swap the trappings of the modern world for an hour or two with the charm and treasures on offer in this most likeable of places.

We fed our way back along the streets to a small shop selling scrumptious, hot slices of pizza for €2 each, and took them back to the bay area where we sat under the shade of a tree and soaked up the atmosphere. Montenegro’s coastal areas enjoy a Mediterranean climate, with dry summers, and although we had arrived relatively early in the season, our timing could not have been more perfect. This is most definitely a country we would like to see more of.