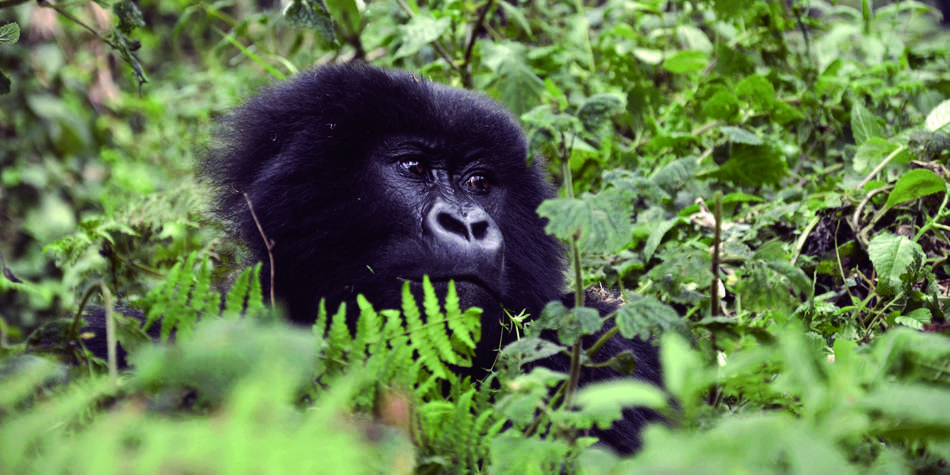 A new documentary highlights the plight of the mountain gorillas in Rwanda, nearly 47 years after Dian Fossey began her work in the region

With exclusive access to the Dian Fossey Gorilla Fund’s Karisoke Research Center, the film gives new meaning to the term conservation, as it explores the extreme, intensive and sometimes dangerous methods employed to protect the great apes. Produced by outdoor clothing brand Craghoppers and award-winning filmmaker Pete Mcbride, the documentary, named Hope, aims to send out a clear message to the world – we must support the people protecting the mountain gorillas – they are the gorillas’ only hope of survival.

The 15-minute film, narrated by Sir David Attenborough, takes a historical look back to 1967 when Dian Fossey began her work. Less than 300 mountain gorillas remained at the time, their population ravaged by poachers who for years targeted the gorillas to make money – selling infant gorillas to zoos or the hands and heads of the adults as trophies to wealthy tourists. Dian Fossey was murdered in 1985, her original research centre destroyed, rebuilt and then destroyed again during the civil war in Rwanda in the 1990s. However, despite adversity the work never stopped. Today, the Karisoke Research Center has a new home where 120 people continue Dian’s work, as the Dian Fossey Gorilla Fund International.

The charity employs teams of trackers who daily follow the gorillas, monitoring each ape and ensuring its safety and health, whilst risking their lives in a region that is still plagued by violence. The health and safety of the people living close to the gorillas’ habitat is also protected by the Fossey Fund, whose community development and conservation education programmes have provided clean water sources, conservation education programmes in local schools, and facilitated health initiatives and improvements to healthcare facilities for the communities.

Hope is available to view on line at www.craghoppers.com and its makers, Craghoppers, are encouraging as many people as possible to view, share and comment on the documentary via social media to help raise awareness.

Never before seen footage goes behind the scenes of the Dian Fossey Gorilla Fund International as they intensely monitor the gorillas. The documentary also shows the very human side the Fossey Fund’s approach to conservation, as we follow the local people who live next to the gorilla’s habitat and the work that is being done to change attitudes. The children growing up in these communities today have grown to love and respect the gorillas that their people once killed for their own survival. More than 40 years of extreme conservation, which was pioneered by Dian Fossey, has resulted in the Virunga mountain gorilla population nearly doubling in size. However, the mountain gorillas remain critically endangered. Providing much hope for the future, yet highlighting the need for continued support, the film has one very clear message: we must support the people protecting the mountain gorillas – they are their only hope of survival.

Craghoppers is selling a specially designed 100% cotton t-shirt priced at £12, with £5 from the sale of each top going directly to the Dian Fossey Gorilla Fund International. The t-shirt is available in sizes S- XX, and can be purchased online at www.craghoppers.com

Rolling images: One of the gorillas being monitored daily by the team; Filmmaker Pete Mcbride; The charity employs trackers who daily risk their lives; Communities have grown to love and respect the gorillas; Pete Mcbride spots a gorilla in the undergrowth; The specially designed cotton t-shirt available from Craghoppers