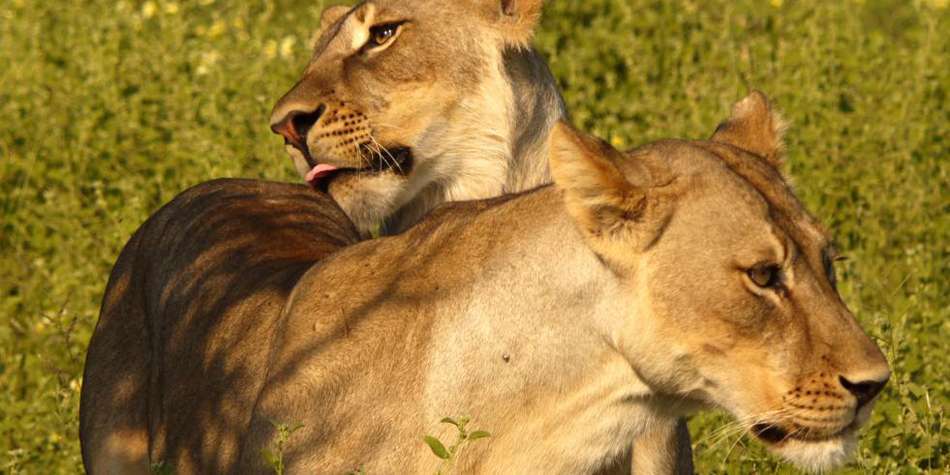 A team of conservationists based in South Africa’s Mapungubwe Private Nature Reserve have launched a long-term monitoring project of one of southern Africa’s last free-roaming lion populations, and are opening up the project to educational groups

The project follows on from the recent World Lion Day, which celebrated the importance of lions worldwide and to raise awareness for their conservation.

“These lions are one of the last free ranging populations in southern Africa. They move between South Africa, Botswana and Zimbabwe and are only protected in small pockets like Mapungubwe in South Africa and the Northern Tuli Game Reserve in

Botswana. In all other areas they are not protected and are actively hunted,” said Martin Bornman, SA Operations Manager, African Conservation Experience.

In 2005, the lion population in the transfrontier region was estimated to be as low as 20, with only two adult males – a blink away from extinction. While hunting of lions is legal in South Africa, the level of hunting activities is restricted, in order to prevent populations becoming unviable. Illegal hunters, however, will target predominantly adult males, without consideration for the long-term survival of the prides.

Collared lioness (© A Dibnah) and (below) telemetry (© K Flood)

Researchers and conservationists from projects like the Northern Tuli Predator Project in Botswana highlighted this plight, and several landowners in the region pledged their support by opening up their properties to monitoring activities.   Careful monitoring of the lions’ movement can help to identify areas where lions ‘disappear’ – i.e., where illegal hunting occurs.

The team at Mapungubwe PNR are launching a long-term monitoring programme from the South African side that will involve radio-collaring several lions and mapping their movements throughout the region.   The project will at times incorporate the participation of field trip groups, which will enhance the project’s effectiveness:   Participants will learn first-hand about an acute conservation issue in Africa.

The project hopes are that this will create global ambassadors for lion research and conservation.  Groups will be involved in the ongoing tracking, using telemetry and satellite equipment, and the mapping of the lions’ movements. Groups will typically participate for a duration of 1-2 weeks.  Each group will generate funding for the project, which will be used to finance tracking equipment and operational costs.