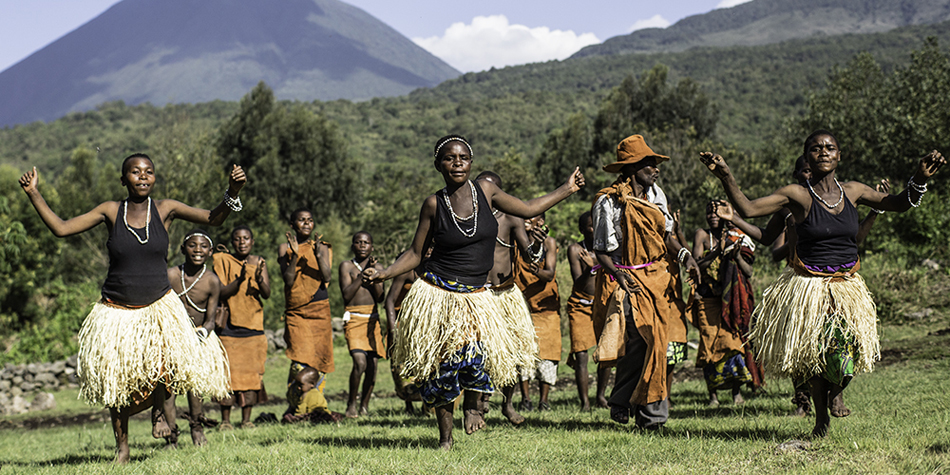 Nestling in the foothills of the Virunga volcanoes on the border of Uganda, Rwanda and the DRC, mounts Sabinyo, Gahinga and Muhuvura provide an impressive backdrop to this unique lodge, which is an hour’s flight or a long day’s drive from Entebbe, or four hours’ drive from Kigali. Guests can enjoy volcano hiking, golden monkey and mountain gorilla tracking, and bird and wildlife watching.

Developed in conjunction with Volcanoes Safaris Partnership Trust (VSPT), the new interactive Batwa experiences at Mount Gahinga Lodge offers guests the opportunity to experience the way of life of the Batwa Pygmies, the forest’s only indigenous people and widely considered to be the oldest surviving peoples of Central Africa.

Modelled on traditional African huts –which are all named after volcanoes in the Virunga chain – six of the nine bandas and the public areas of the lodge have been refurbished. The remaining bandas will be completed by early 2014. The mature tropical garden setting and rustic style rooms/cottages combine to give the impression of staying in the bygone era of Hemingway.

Volcanoes Safaris has a portfolio of lodges near the gorilla and chimpanzee parks of Uganda and Rwanda.