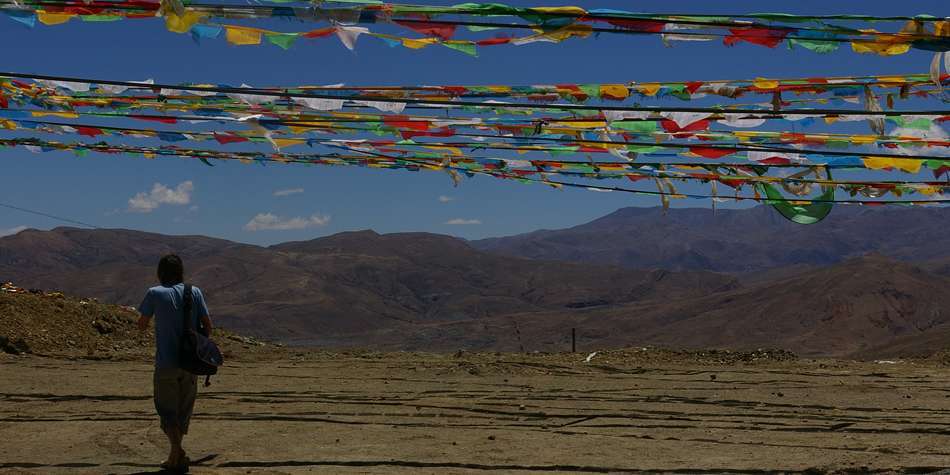 With its snow-capped peaks and dramatic valleys, Tibet’s remote location has helped preserve its unspoilt landscapes, making it a remarkable holiday destination

Since opening up to tourism in 1985, this Buddhist territory, known as ‘the rooftop of the world’, has become famous for its high-altitude treks through the towering Himalayas. However, with this mystical nation peppered with a myriad of monasteries and a wealth of history, its appeal spreads well beyond pure adrenaline pursuits.

Whilst UK visitors to Tibet have traditionally been restricted to joining group tours, Rickshaw Travel’s range of modular options have opened up the country to independent exploration, with private tours accompanied by knowledgeable local guides and drivers. The starting point for most Tibetan adventures is Lhasa, whose status as one of the world’s most religious cities may not be entirely unconnected to its high altitude. Despite its dizzy elevation at 3,600m, Lhasa is one of Tibet’s lowest lying areas, so the three-night ‘Prayer Flags in the Wind‘ module is the ideal way to step back in time and start acclimatising to the altitude. The first few days are kept free for leisurely walks to the city’s holiest temple, Jokhang, to follow the holy Barkhor circuit around the sacred site and to watch locals stock up on prayer wheels and yak butter at the local market. Once acclimatised, the tour heads high above the city on day three to Potala Palace – the Dalai Lama’s former home – to enjoy the breathtaking views before visiting another beautiful nearby monastery. Prices start from £255pp based on two people sharing, including private transfer from the airport to the hotel, three nights in an air-conditioned hotel, a day trip exploring the capital and its surrounding area with an English-speaking guide, plus entrance to the Potala Palace.

For those who feel a trip to Tibet would be incomplete without time amongst some of the world’s highest mountains, the four-day ‘On Top of the World‘ module offers an insight into Tibetan spirituality against a majestic backdrop. The trip is a feast for all the senses, from the chanting monks and distinctive scent of butter lamps at Samye, the country’s oldest monastery, to the sacred lake at Yamdrok, whose turquoise waters are fed by streams descending from the snowy peaks which surround it. Prices start from £778pp based on two people sharing. This includes three nights’ accommodation, all transport, driver, English-speaking guide and permits. 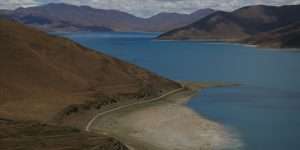 Having crossed the Nyangchu Valley to Shigatse, home of the large golden stupa of Tashilhunpo, it is a straightforward journey to ‘Tibet’s Heavenly Lake‘ for the chance to camp out on the shores of Lake Namtso. The serene beauty of this ‘heavenly’ area, as its name translates, is magnified by the proximity of the world’s highest saltwater lake (4,730m) to the heavens above. The two-day stay ensures that no one need choose between the chance to enjoy this natural wonder at sunset or sunrise. Prices start from £235pp based on two people sharing, including one night’s guesthouse accommodation, transport, driver, English-speaking guide and entrance to the Namtso National Park.

For a once-in-a-lifetime experience, it is hard to beat the tallest and most awe-inspiring mountain of them all. The ‘Mount Everest Jeep Trek‘ module heads from Lhasa to Everest Base Camp, traversing mountain passes en route and enjoying incredible views throughout the five-day adventure. The highlight is the chance to walk around Tibet Everest base camp, where the thin air that comes from its elevation of 5,200m gives an insight into the true challenges experienced by Everest climbers. Prices start from £1168pp based on two people sharing. This includes four nights’ accommodation, transport, English-speaking guide, driver, permits and Everest Park fee.

Whilst most visits to Tibet are combined with at least one night in China, Rickshaw Travel also has a range of modular options to make the most of a twin-centre adventure. However, an increasingly popular option amongst intrepid travellers is to end the trip with some time in Nepal. The travel specialist’s longest Tibet module therefore introduces holidaymakers to the country’s highlights before heading ‘Straight Through the HImalayas‘. This ten-day journey from Lhasa to Kathmandu takes in the mighty Himalayan treats offered up along the legendary Friendship Highway. After exploring the capital, visiting many of Tibet’s ancient monasteries and being awed at the panoramic views around every corner of the highway, the chance to hike to Everest base camp is undoubtedly one of the module’s highlights. Prices start from £1008 based on two people sharing as part of a small group tour, or £1585 for a private trip, including transfers on arrival, nine nights’ accommodation in Tibetan guest houses and hotels, driver, English-speaking guide, all permits, Everest fee, Lhasa and other en-route excursions.

As Tibet’s nickname of the ‘land of snows’ might suggest, its high altitude means it can get very cold, making April to November the best time to visit. With many Buddhist-related holidays and festivals taking place during this period, from Buddha’s birthday in May to the celebration of his return from heaven in October, travellers have many opportunities to time their adventure holiday with a moment of national rejoicing.

For a full range of Tibet modules and itineraries visit www.rickshawtravel.co.uk 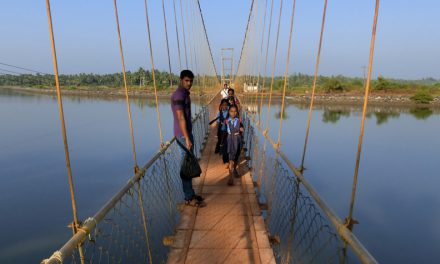