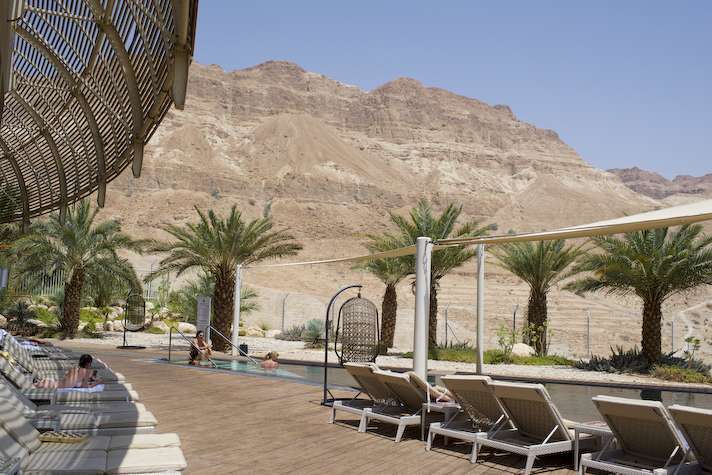 DRIVING EASTWARDS along Israel’s Highway 1 towards the Dead Sea, I am reminded of the uneasy peace which exists in this region as I sweep past the contested separation barrier running alongside East Jerusalem. Built by the Israeli Government in the West Bank during the Second Intifada in September 2000, the barrier has been defended by the Government as necessary to stop the wave of violence inside Israel that the uprising had brought with it. 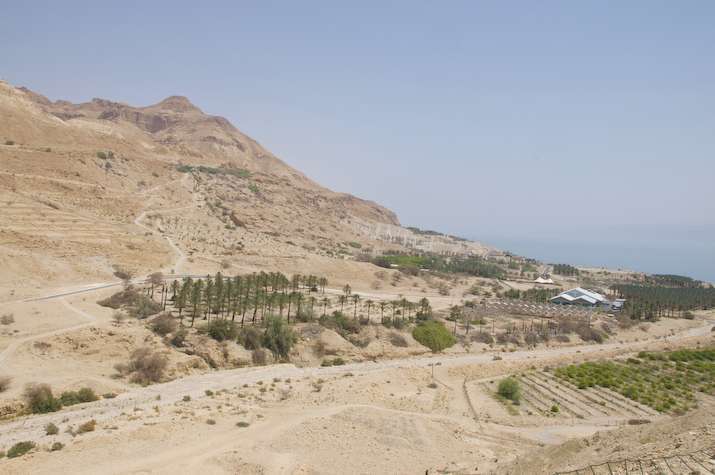 Today, the road is quiet as we pass clusters of dusty, weather-beaten, canvas tents and corrugated lean-to’s, homes to the semi-nomadic Bedouin who scratch a living from this semi-arid desert. Jerusalem sits at 2,484ft (757m) above sea level. The road drops, and drops, and drops, until suddenly the Dead Sea shimmers into view. At a T-junction, we turn right on to the world’s lowest road, Highway 90, and head into the northern reaches of the Judean Desert. To my left, the deepest hypersaline lake in the world makes for a mesmerising sight, its surface and shores lying at 1,388ft (423m) below sea level, earth’s lowest elevation on land. With the outside temperature hovering around 40decC, I am grateful for the air-con in our vehicle.

Bordered by mountains to the west and the Dead Sea to the east, the Judean Desert may be relatively small in size, but boasts many nature reserves, historic sites, monasteries and stunning panoramas, where ancient cliffs tower over plateaus, riverbeds and challenging canyons. Throughout history, this sparsely populated, rugged landscape has provided refuge for the likes of rebels and zealots, and solitude and isolation to monks and hermits. 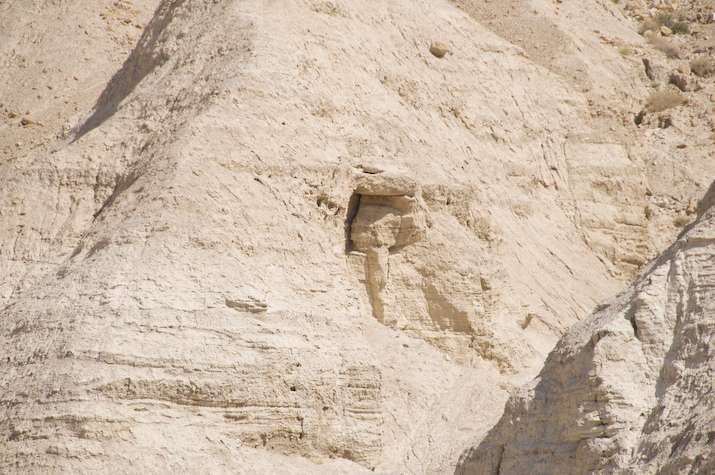 My guide Marion Forster-Bleiberg suddenly requests the driver to pull over to the side of the road. Alighting the vehicle, she points out a cave visible in the cliff face several hundred metres away. Blink, and I would have missed it. I am so glad I did not, for this is the area known as the Qumran, and the cave is the site where, in 1947, a young Bedouin goat herder stumbled upon one of the greatest discoveries in archaeological history. 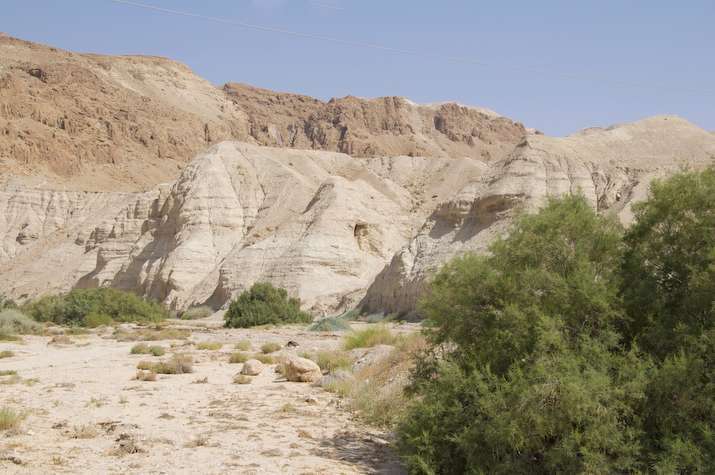 Excavated two years later, the cave had been home to the remains of at least 70 manuscripts, protected by tall clay jars with lids intact. They were later to make up a  major part of the Dead Sea Scrolls. 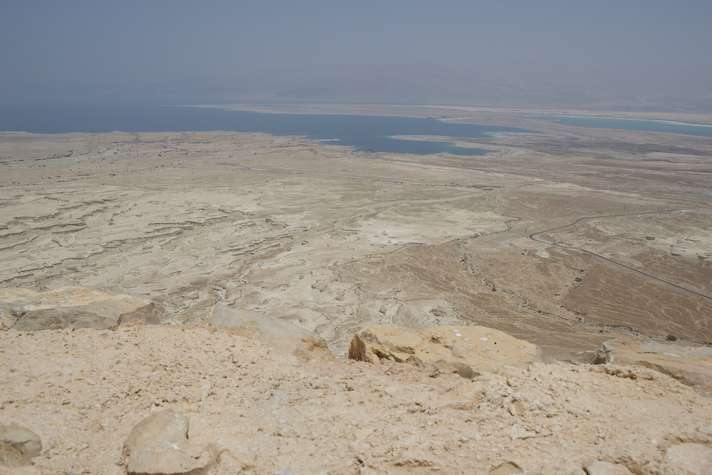 Back on the road, I am reflecting on the extraordinary expanse of water to my left when Marion tells me that, should I evaporate a glass of water, I would be left wth a receptacle containing one third salt. However, this is not the kind of salt we would put on our dinner table, rather a toxic mix of sodium chloride and other mineral salts, with saline levels roughly 8.6 times that of the ocean. This salinity makes for a harsh environment in which animals cannot flourish. On the flip side, the Dead Sea is known for its ‘healing waters’, thanks to the mineral content, the very low content of pollens and other allergens in the atmosphere, the reduced ultraviolet component of solar radiation, and the higher atmospheric pressure at this great depth each having specific health effects. As a result, the shores have played host to spa hotels over the years. All is not well, though, because the Dead Sea is shrinking by around one metre a year, meaning that those spas that were built perhaps thirty or forty years ago are now having to shuttle guests from their rooms to the water’s edge.

The Dead Sea lies in the Jordan Rift Valley, with its main tributary being the Jordan River, which flows southwards from the Golan Heights on the borders of Lebanon, Syria and Israel. And therein lies the main problem, as this is the area where water is constantly being siphoned off for agriculture, the over-extraction causing environmental damage, and therefore serious cause for concern. Where once Highway 90 ran by the shoreline, today there are large areas of barren land pockmarked with dangerous sinkholes.

Passing the former checkpoint demarcating the ‘Green Line’ of the Palestinian Territories, we call in at the Kibbutz Ein Gedi (www.en.ein-gedi.co.il), which was first established about sixty years ago. 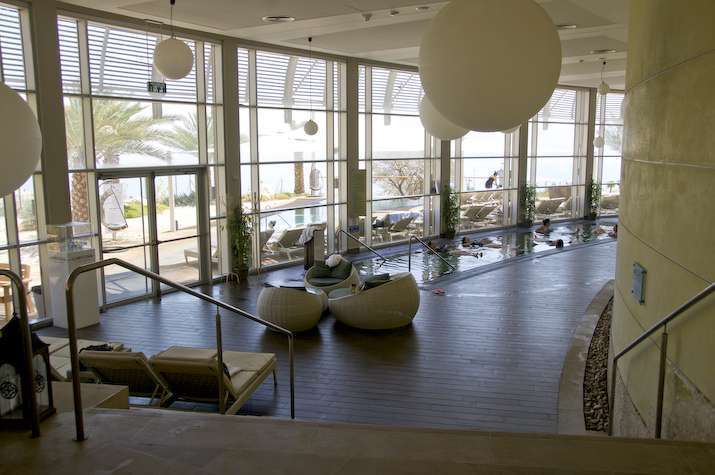 The site has since seen the establishment of a hotel and synergy spa, discreetly placed within the grounds of a splendid botanical garden considered unique in Israel, as the climate allows for the growth of plants not seen in other parts of the country, or indeed Europe, including a splendid 55-year-old African baobab tree. 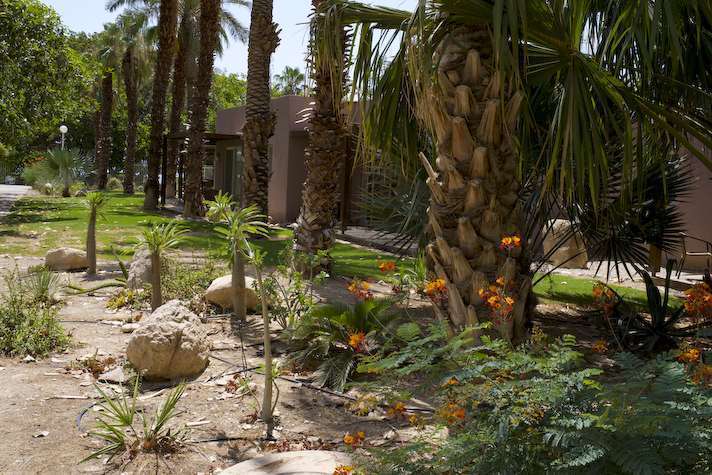 The hotel has 160 individual units, from standard to luxurious, and guests can enjoy natural springs, a swimming pool, tours throughout the year, and exotic nature. The spa offers a range off treatment packages to suit all tastes and needs. 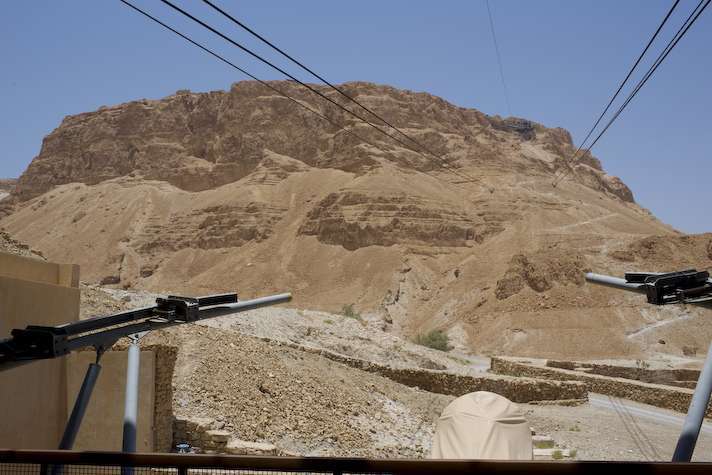 As we drive further south, we arrive at Masada, a UNESCO World Heritage Site and the second most visited place in Israel after Jerusalem. Located at the top of an isolated rock cliff, this remote spot at the western end of the Judean Desert is where King Herod decided to settle and build his fortress. Today reached by cablecar rather than the tortuous snake path which is clearly visible on the side of the steep cliff face, the mountaintop offers stunning views eastwards to the Dead Sea. 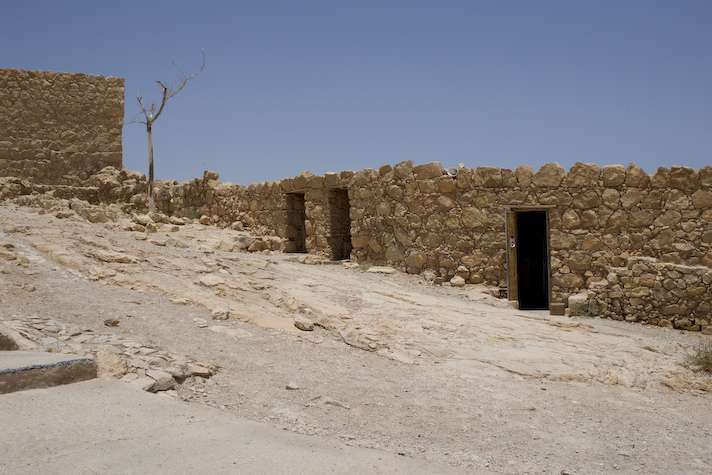 Built as a palace complex in the classic style of the early Roman Empire, the camps, fortifications and ramp that encircle the monument constitute the most complete Roman siege works surviving to the present day. 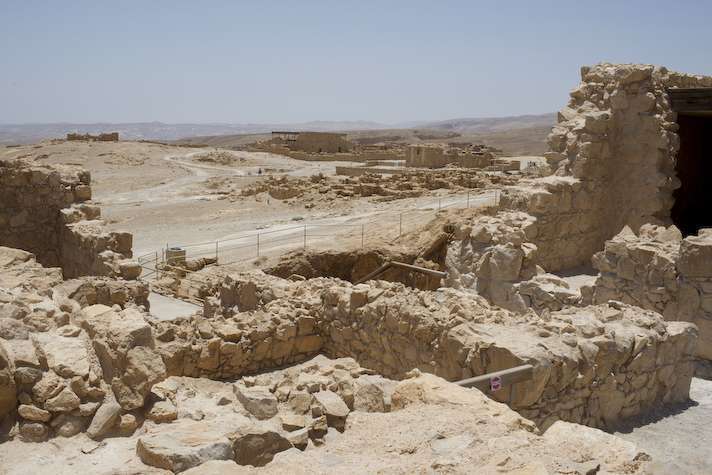 The summit is strewn with the remnants of what once was clearly an extraordinary feat of engineering, with its impressive buildings with thick walls constructed of layers of hard dolomite stone, covered with plaster. 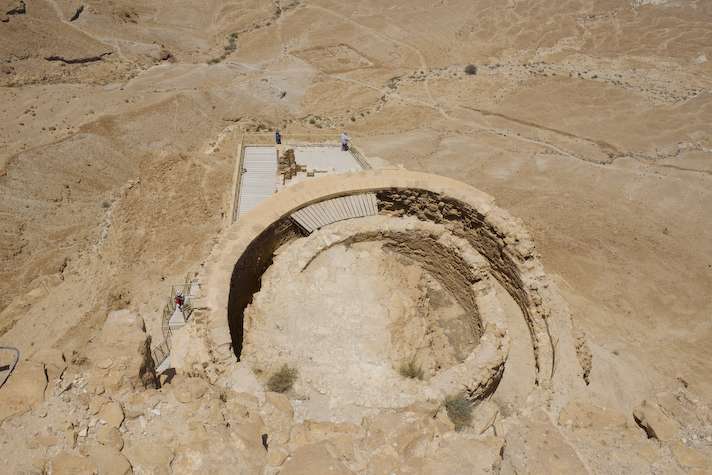 Most impressive of all, I gaze down upon Herod’s three-tiered palace on the northern reaches of the summit. 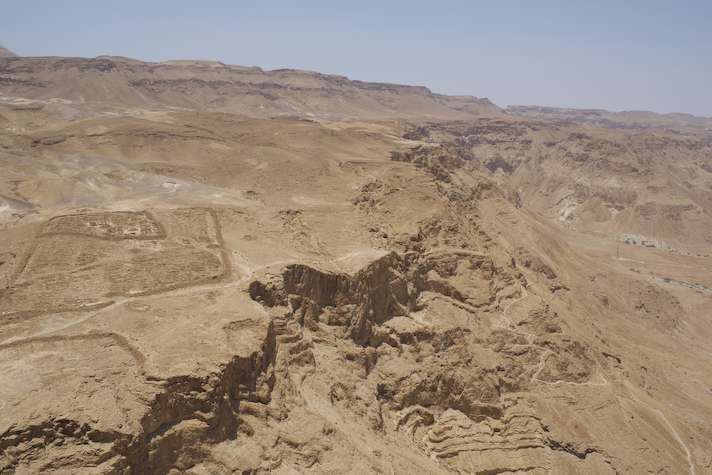 From their base on the eastern side of Masada (clearly seen to left of picture), the Roman army laid siege to the fortress

Seventy-five years after Herod’s death, this rugged natural fortress was to witness the last stand of Jewish patriots in the face of the Roman army. Having overcome the Roman garrison, a group of Jewish rebels were joined by zealots and their families who had fled from Jerusalem. Having established camps at the base of Masada, the Romans laid siege to the fortress, constructing a rampart against the western approaches, eventually breaching the wall. Preferring to die as free people rather than living life as slaves, the rebels decided on mass suicide. However, because Judaism prohibits this practice, the defenders instead drew lots and killed each other in turn, down to the last man and the only one to actually take his own life. 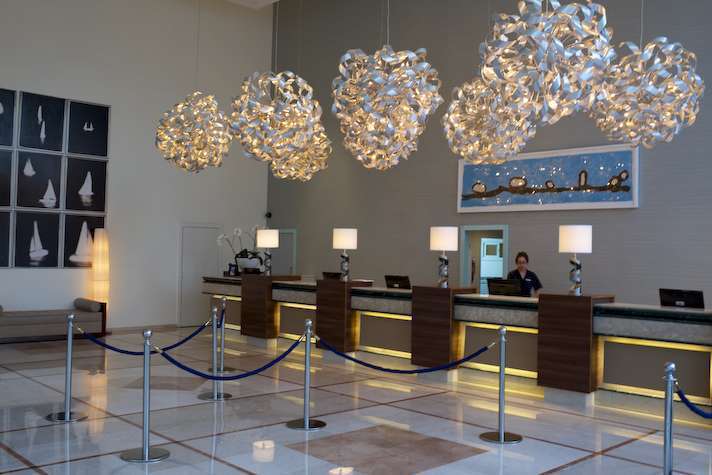 Our final destination is the health and tourism resort of Ein Bokek, where we book into the Isrotel Hotel. 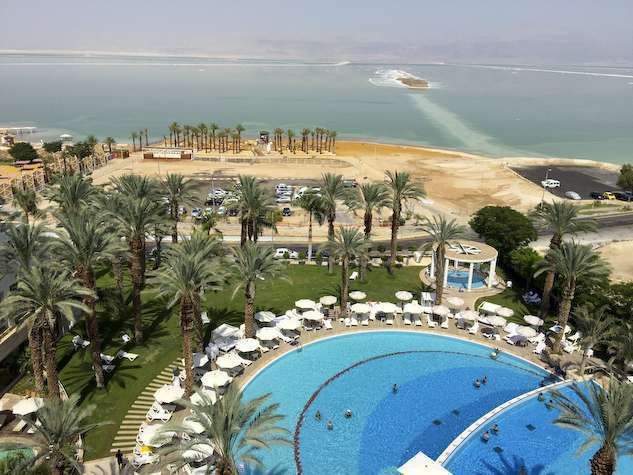 After a late lunch, I skirt the impressive swimming pool, cross the road and walk across the rough sand to the Dead Sea. Across the waters I can barely make out Jordan, due to the haze. With the temperature still zeroing in on 40degC, I tentatively place my feet into the still water, and immediately step back out again. It is incredibly hot. 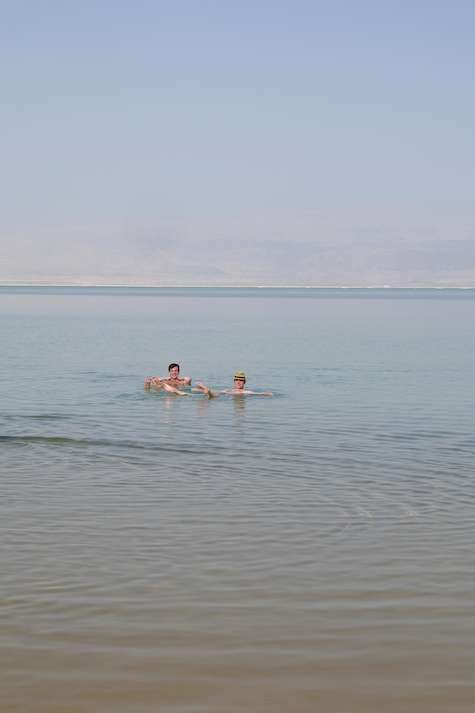 Other visitors shout out that once I am past around ten feet, it cools down. I eventually make it to waist level, and flop backwards. I immediately pop back up like a cork. Resting my arms under my head, I relax, close my eyes and let the moment envelop me. It is a magical, unique experience; a moment in time which will stay with me forever, as will my journey to the lowest point on earth. 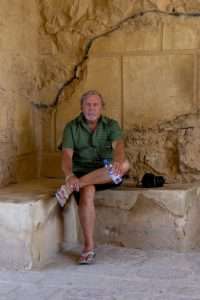 Michael Cowton travelled as a guest of the Israel Government Tourist Office and Pegasus Airlines. 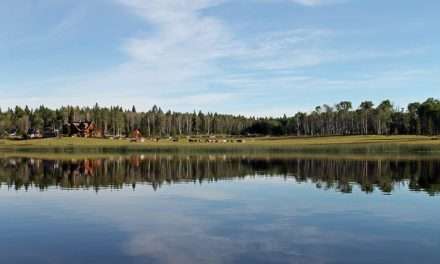 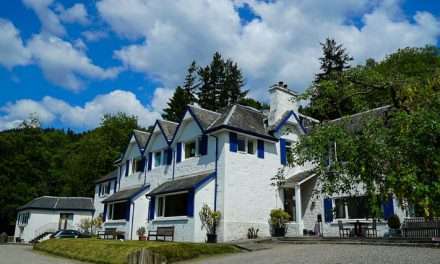 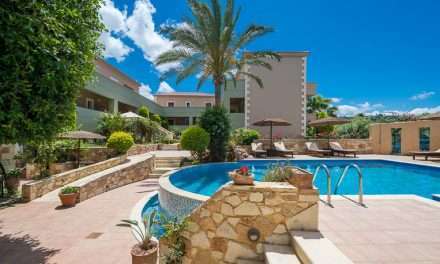