AS LUCK would have it, there was dampness in the air, the fog was down, the wind was chilling to the bone, and the views precisely zero. A perfect encounter with Dartmoor, you might imagine, here in Arthur Conan Doyle country.

Foot traffic across this vast expanse of moorland in which the author set his classic novel, ‘The Hound of the Baskervilles’, runs into tens of thousands, as many of those visitors eagerly retrace the steps of the book’s characters through places and legends, all of which remain very much alive in the mind today.

I am standing on the road that overlooks the shallow, treacherous amphitheatre of Fox Tor Mire, in the company of Colin Ridgers of Moorland Guides. “Down there is not somewhere that one should venture alone.” I am not sure whether Colin was attempting to put the fear of God in me, but it seemed a reasonable statement, as this was, by all accounts, the setting chosen by Conan Doyle for the notorious Grimpen Mire. Scarred with abandoned mines, its peaty interior certainly makes for the perfect, treacherous contender, despite there being a number of similar mires and bogs dotted across this extraordinary expanse of Devon, all 368 square miles of it. Spectacular vistas are a Dartmoor speciality, Colin tells me, although not so today. The morning had begun reasonably enough, when we drove from the Moorland Garden Hotel to the outskirts of Yelverton and the oddly named, disused RAF Harrowbeer airfield, which is situated on the boundary of the National Park. One of a number of stations dotted around the region, it had accommodated numerous RAF fighter squadrons during the Second World War. Today, it remains a popular attraction for walkers, drawn by the impressive Roborough Rock, a tor-like igneous rock outcrop southwest of the airfield.

From Yelverton, we travelled the six miles to Princetown. As if on cue, the fog began to descend in earnest, swirling around the car, the headlights piercing the gloom, and spotlighting the forbidding high walls of Princetown Prison. Back in the early 19th century, POWS of the Napoleonic wars were housed here. We passed the Higher Moorland Visitor Centre, the former Royal Duchy Hotel where Conan Doyle stayed whilst carrying out his research. Spectacular vistas are a Dartmoor specialty, as are its narrow lanes

The wild expanse of Dartmoor has proven to be the perfect training ground for the Military, who benefit from both the space and challenges that are available. We happened upon a small group of Royal Marines about to embark on tactical training exercises. With the conditions as they were, it was easy to understand how the rigours of Dartmoor can help build both initiative and leadership skills.

Leaving the bleakness of Princetown behind us, we took the B3212 northeast towards Two Bridges, and then on to Postbridge. Parking at the Visitor Centre, we walked a hundred yards to the two bridges that span the East Dart River. Most impressive is the medieval clapper bridge. Made up of enormous, flat stones perched on columns of stacked stones, it is one of the most popular destinations in the National Park. To its left is the second bridge, which was built in the late 18th century and carries traffic between Tavistock and Moretonhampstead.

Our next destination was Fox Tor Mire. Gazing across the landscape, part shrouded in impenetrable mist, prudence prevailed, as Colin decided it best to avoid tramping across the peat-ridden wasteland on such a bleak, chill day. We passed a small group of hardy souls that had chosen wisely to stick to the road rather than brave crossing the haunt of Conan Doyle’s infamous hound. Medieval clapper bridge at Postbridge, which lies close to the visitor centre

Hemmed in by the cold, damp weather, Colin relayed a tale of having been out walking with his wife Heather, when they spotted a man striding purposefully in a straight line across the open moorland. It transpired that he was an escaped prisoner from Princetown, a man never to be seen again, by family or the authorities that pursued him. Legend would have you believe that the mires have sucked both man and beast into its peaty depths over the years.

During the annual Dartmoor Walking Festival, Colin and his wife are happy to guide the curious from Whiteworks quarry, two-and-a-half miles southeast of Princetown, on a three-mile walk across the peat and spongy, sphagnum moss centred around Fox Tor Mire. The walk also takes in Childe’s Tomb. On the edge of the infamous mire, an ancient cross is said to mark the tomb of Childe the Hunter, a wealthy Saxon lord who, when out hunting one winter, became trapped on the moor and froze to death. A chilling end to an even chillier tale, indeed.

My journey to Dartmoor, a distance of some 244 miles, had been made all the more pleasant behind the wheel of a Land Rover Discovery Sd4 HSE. Having owned earlier iterations of the Discovery, I had been half expecting yet another beefy looking vehicle with squared-off lines. How wrong I was. The Sd4 HSE is classy and refined, and looked extremely elegant perched on its 20-inch split-spoke alloys. Cruising effortlessly along the motorway on electronic air suspension, I could not help but be impressed by the understated luxury of this big SUV. In a striking Byron Blue metallic finish, the comfortable, perforated Windsor leather seating was certainly attractive in ebony with white piping, and proved the perfect antidote to driver fatigue. With standard features including autonomous emergency braking, lane departure warning, cruise control, intelligent speed limiter and rain sensing windscreen wipers, it was difficult to know precisely who was more in control of the journey. Capable and practical it may well be, but there is nothing ‘utility’ about this vehicle. Yes, gone is the beefcake look of the Mark 4 version, replaced by subtler, stylish lines, but it will still knuckle down as an off-road workhorse. My 2.0-litre turbocharged diesel test vehicle proved to be extremely conservative on fuel, despite plenty of stop-starts as I drove along Dartmoor’s maze-like, tree-lined country lanes, the yellow and orange fallen leaves gathering in earnest on the damp ground. The ideal vehicle for such a perfect landscape, it fitted seamlessly into the environment.

In the dog house

I particularly enjoyed the high driving position, with excellent all-round visibility, although it was at first disconcerting to check the rear view mirror and see a full height pet grill in situ. As a former Special Constable, it brought back memories of driving a riot van in town on a Saturday night! My passengers proved to be far more accommodating, including the daughter’s dog, enjoying the comfort of his very own five-star Pet Pack. In Conan Doyle’s novel, Dr Watson mentions ‘a spectral hound which leaves material footmarks’. What particularly impressed me was the fact that, whilst the luggage partition divider allowed me to make the most of the load space, it also stopped the dog from scrambling over the rear seats and leaving unwelcome muddy paw marks. If you fancy pampering your pooch, check out Land Rover’s excellent Pet Pack

Land Rover has pretty much covered all bases with the Pet Pack, clearly conscious that with possibly half of all Land Rover owners having a dog, a touch of premium pouch pampering would not go amiss. With each Pet Pack including a selection of specially chosen accessories to suit a range of requirements, included are a quilted load space liner, a foldable pet carrier, access ramp, spill-resistant water bowl and a portable rinse system for those muddy walks.

By Car: From Exeter, the A38 skirts the southern boundary of Dartmoor National Park. Alternatively, the A30 heads west along the northern reaches, before joining the A386 just south of Okehampton

By Train: The Great Western Mainline runs through Devon, linking Exeter, Newton Abbot, Ivybridge, Totnes and Plymouth with Bristol, London and the rest of the UK. There are regular long-distance railway services to Exeter and Plymouth from various other destinations including Birmingham, Leeds, Newcastle and Edinburgh

Grade 2 listed building and one of the few remaining traditional Dartmoor inns with a flagstone floor, oak beams and large, open fireplace

Set in the heart of the town at the foothills of Dartmoor, it is so called as it was the last coaching inn before Cornwall

The author stayed at the Moorland Garden Hotel, where rooms cost from £69 per night on a B&B basis. The hotel is nicely positioned a couple of miles from Yelverton on the edge of the National Park, with all roads leading into the depths of Dartmoor. Guests can choose to eat in either the relaxed Dartmoor Bar or the more formal Wildflower Restaurant. Enjoy a spring break from £99 per room per night including dinner in The Wildflower Restaurant

Guided walks can be booked with Moorland Guides

Dartmoor Walking Festival 2019 takes place from 24 August to 1 September inclusive. Delve into Dartmoor’s folklore, history and landscape with a range of walks led by expert guides

Pet Packs are available for every model in the Land Rover family, and are priced from £360.37

IF YOU DO NOTHING ELSE Visit Buckland Abbey, and follow over seven hundred years of footsteps, from the Cistercians who originally built the Abbey and farmed the estate, to seafarers Grenville and Sir Francis Drake, who not only changed the shape of the property, but also the fate of the country. Part museum, part house, Buckland Abbey is filled with treasures, including the legendary Drake’s Drum. Once you have toured the house and gardens, pop into the on-site café for a spot of lunch or afternoon tea 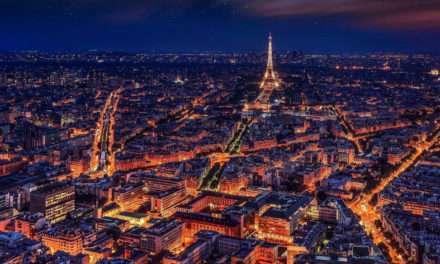 London to Paris by bike in 24 hours: The CHHP to Paris story 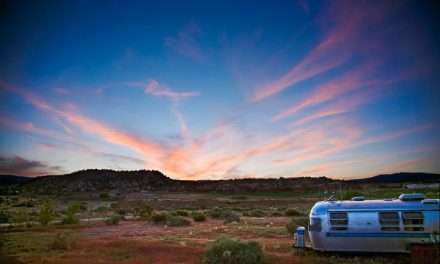 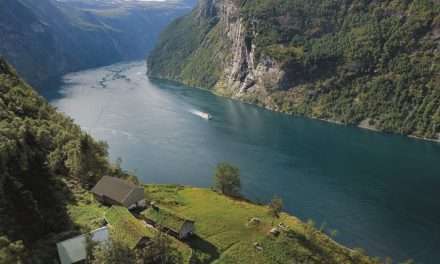