Exploring the Andalucian province of Cadiz, both routes have been carefully crafted to balance cultural highlights and historic treasures with natural beauty and scenically stunning coastal and country cycling. It is a perfect choice for travellers looking to combine timeless, off-the-beaten-track pedalling with city discoveries, and free time relaxing on the coveted Blue Flag beaches of the Atlantic Ocean. Starting and ending in the sun-baked Moorish city of Jerez – equally famed for its fine wines, Arab horses, flamenco and dance – Headwater’s cycling loop follows mainly eco-friendly greenways east, first stopping off at riverside Arcos de la Frontera, considered by many the most beautiful town in Spain. There is time to explore its incredibly narrow and ornate streets – so designed to make it difficult for invading armies to spot residents – ancient archways, aristocratic palaces and multitude of chapels and churches, before heading south through orange and almond orchards to hilltop Medina Sidonia, a declared Historical Site oozing architectural and cultural interest. Founded by the Phoenicians, the town has a fascinating multi-faceted character with Roman walls guarding Moorish castles, Arab monuments and tiny chapels and convents: its 15th century church of Santa Maria de la Coronada is one of the most significant examples of flamboyant Gothic architecture in the region. You then pedal gently west (fabulous bird-spotting including Egyptian Vultures and Bonellis Eagles) and are rewarded with spectacular views out across the Atlantic Ocean; even Africa is clearly visible on the horizon. After two nights in coastal Cadiz, one of the oldest inhabited cities in Europe with a new-world American feel (it has, in fact, been used to portray Havana in many films – remember Halle Berry coming out of the sea in the Bond film?) it is a final loop back north to Jerez. 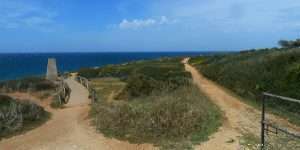 Holiday highlights, which are numerous, include sun-baked white villages sandwiched between the Sierras and the sea; rich historic interest spanning many civilisations, including Phoenician, Roman, Christian and Muslim; deserted gold-sand beaches, lively surf towns, 300-plus days of sunshine a year; and beautifully unspoilt countryside – vineyards, orange groves, almond orchards – perfect for exploring by bike. Headwater customers can choose either a 7-night or 9-night version of these holidays, and itineraries can be adapted to suit personal diaries. Departures are daily from 15 October to 30 April inclusive. Hotel-to-hotel self-guided cycling itinerary, bags moved between hotels.

Costs are from £847 (7 nights, tour only)/£1078 (including return Iberia flights from Heathrow-Jerez, via Madrid). Add £71 per person for 9-night version. Prices include accommodation (3-star and 5-star hotels throughout), bike hire, detailed maps and meticulous route notes, transport of bags between hotels, local transfers and 24/7 support both in UK and overseas.

For bookings and further information, call Headwater 0845 322 4672 or email sales@headwater.com