PEOPLE OFTEN ask me which town or city have I found to be the most appealing
The answer to that is many, for their own reasons. Let us start at the top – of the world, that is – in Dawson City. Klondike country. Home of the Goldrush. With its colourful, clapperboard houses, wooden boardwalks and dust-blown streets, they don’t come any more rugged than here. With their magnificent beards and grizzled faces as weather-beaten as the properties they inhabit, the men appear to have lived here since the time the first mining dredges made an appearance. Now eastwards from the Yukon into the Northwest Territories and Yellowknife. I have been here across all the seasons, stayed with a trapper and his family on the edge of the remote barren lands, fished for pike in Great Slave Lake, eaten fish and chips at one of the craziest, fun-filled, noisiest taverns on earth, left footprints in the snow, and seen the magnificence of the Aurora Borealis. Move way south to San Francisco, a roller-coaster city with its trams, zig-zag roads, and a most wonderful Bay area, full of colour and vibrancy and oh, so alive. And so onwards to the bottom tip of the U.S. and Key West, where every day locals and tourists mingle to catch the magnificent sunset as musicians keep everyone entertained. No wonder Hemingway was so inspired here.

But what to make of Vancouver? What was I expecting? Chic sophistication undoubtedly. Perhaps a touch of high rise cosmopolitan splendour. Abundant hospitality pretty much assured, like most of Canada. An iconic, happening city, equally spectacular and stunning. Play it up too much in your mind though, and you could end up disappointed. Best to play it safe and wait and see. I arrive at midnight. Hang on, that is UK time. Here we are, seven hours behind. No waiting for daylight to show its face. As evening descends, I dine at The Abbey (www.abbeyvan.com), a new restaurant to the city’s culinary scene. I opted for one of the local craft beers to whet the appetite as the locally and regionally sourced food, simply presented and delicious without reserve, was delivered as if on a production line. By 2230 hrs (0530 UK time), I had gone through the 24-hour cycle and it was time to bed down at the Skwachays Lodge (www.skwachays.com) on West Pender Street, a new boutique hotel round the corner from China Town. If you want unique accommodation with a cultural twist, then you will find it here in bucketloads. I will be reporting more on the hotels and food & drink in following reports post my return to the UK. For now, I bid you goodnight. 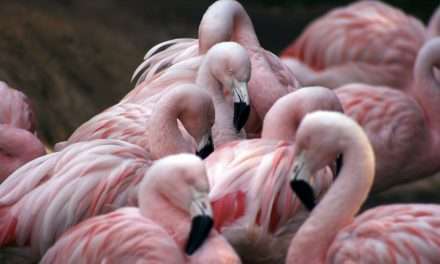