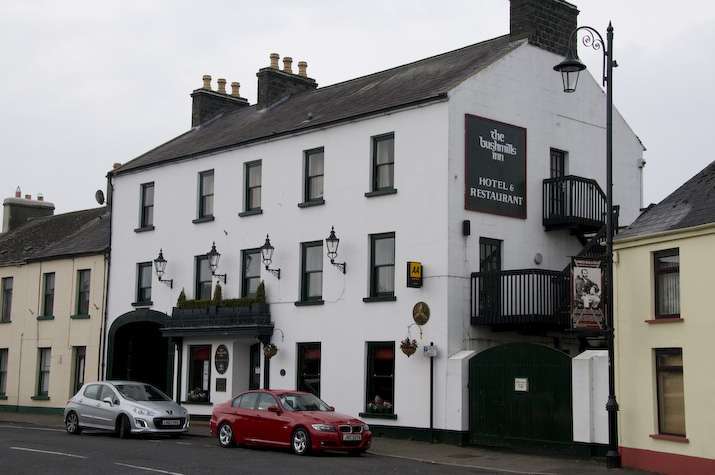 THE BUSHMILLS Inn has come to epitomise the true spirit of Ulster hospitality.

During a tour of the Causeway Coastal Route in Co. Antrim, Northern Ireland, I had a reservation for dinner in one of the four restaurant areas, each with different numbers of tables. My area comprised of discreet wooden cubicles with low-slung, overhead lighting, creating an intimate setting, and just the right tone. Dinner was followed by entertainment in the Gas Bar, which is still lit by gas lamps. A group was playing traditional Irish music, and the place was packed with both locals and visitors.

The main part of the restaurant was once the coach house and stables of the original coaching inn and forms the oldest part of the hotel, possibly dating back to 1608 when ‘Old Bushmills’ was granted the world’s first ever licence to distil whiskey. The main hotel was built in the 1820s as part of a major re-development of the town by the local landowner Sir Frances Workman Macnaughten.

The inn quickly became a haven for visitors on their way to the Giant’s Causeway, a couple of miles out of town, no doubt stopping to sample the whiskey that made the village internationally famous. In the early 1890s, and with the arrival of a tram link to the Causeway, the hotel fell into decline. Over the next century the inn was variously used as a boarding house, a private dwelling, a factory for making bikes and, on the top floor, a residence for chickens. 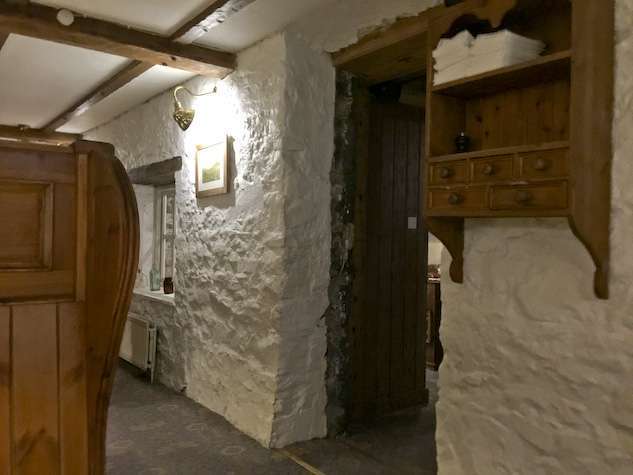 Extensive development works were undertaken by the previous owner in 1987 and for its imaginative restoration the hotel was honoured with the British Airways Tourism Award for Projects. Ten years later, 22 additional bedrooms were incorporated in the adjoining ‘Mill House’ on the banks of the River Bush and a new entrance was created alongside the river from Dunluce Road.

In 2000 the hotel was again honoured with the British Airways Tourism Award, but this time for ‘Best Hotel’, and in 2003 was voted ‘Golf Hotel of the Year’ by the Irish Golf Tour Operators Association.

In 2009, the hotel completed its most recent extension of 19 luxurious rooms, resulting in 2009 Hotel of the Year at the Licensed Catering News awards, quickly followed by confirmation of Northern Ireland Tourist Board and AA 4-star classification and an AA Rosette for the restaurant. This extension also saw the introduction of the exclusive 30-seat Still Room cinema and Macnaughten Suite lounge and conference facility.

In 2014 the inn was voted AA ‘Hotel of the Year for Northern Ireland’ in only the second year of the classification, and awarded ‘Boutique Golf Hotel of the Year’ at the Irish Golf Tour Operators Association, the first time a hotel has held the award more than once. In the same year, the inn was named ‘Restaurant of the Year’ by Yes chef magazine, as voted by the readers. 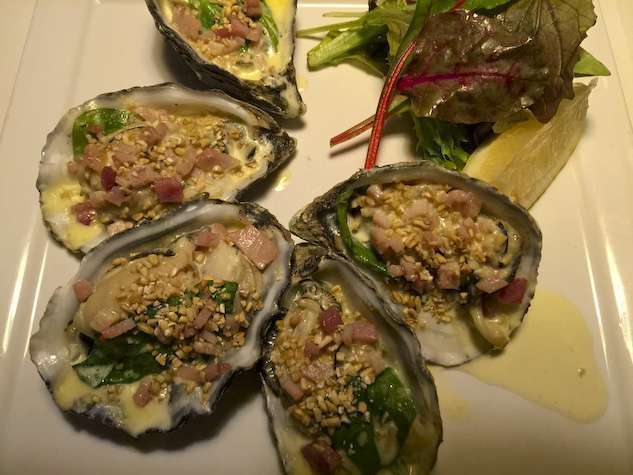 For dinner, the Innkeepers Choice specialities are created daily, and only a limited number are prepared. I opted for the Oysters Rockefeller as a starter, baked in spinach, garlic and pernod cream with bacon and toasted pin head oatmeal. 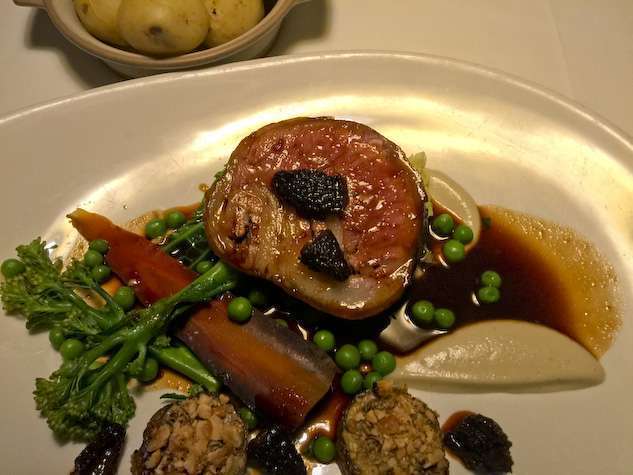 For drink, I chose a glass of Shiraz from the Wyndham Estate, a deep crimson red with vibrant purple hues.

VERDICT – With pretty much faultless food, service and atmosphere, the Bushmills Inn is a true diner’s delight.

The Bushmills Inn – Hotel and Restaurant 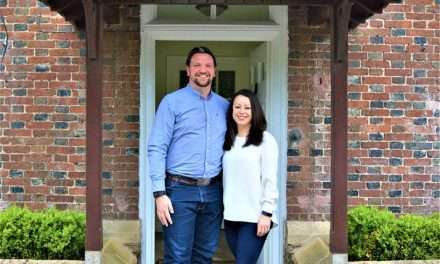 Out with the ‘Old’ at The Wisteria Hotel, Oakham 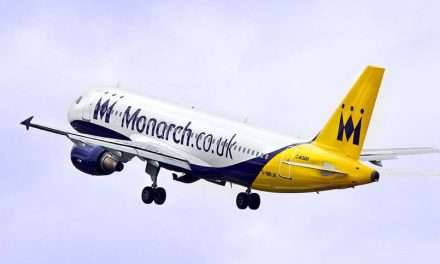